Time to nominate in the Civic Awards 2023 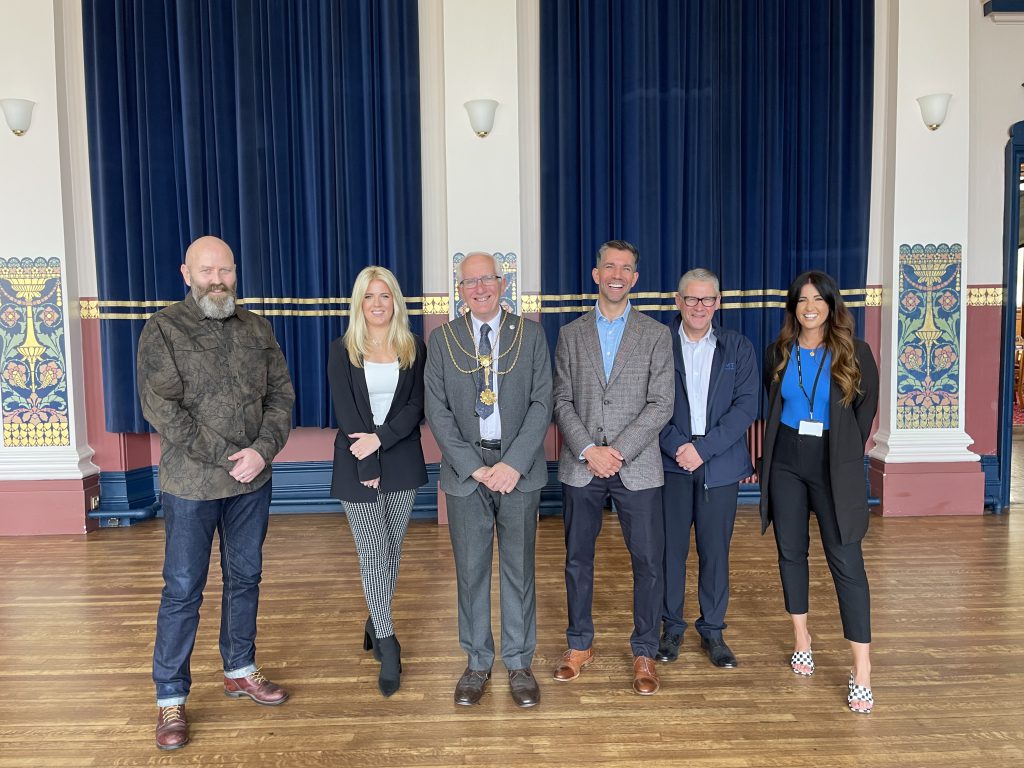 Nominations are open now in the 2023 Civic Awards.

This year, there are seven categories and each one has a presenter who will champion their category, these include:

Say thank you to someone who is making a difference by nominating them at www.nelincs.gov.uk/CivicAwards.

“During my time as mayor, I’m privileged to meet hundreds of people who give up their time to help others and make our borough a better place for everyone.

“These awards are a perfect way to say thank you to someone you know who is making a difference.

“I’m grateful to our awards partner and all the presenters for their support and I’m looking forward to reading the nominations about the fantastic people making a positive impact to those around them. Make a nomination now at www.nelincs.gov.uk/CivicAwards.”

“More than ever, in the wake of the Covid-19 pandemic, people are coming together to help each other, and this will shine a spotlight on all the great things happening in our area.

“The dedication of local people and groups towards various causes never ceases to amaze us. Community is everything, and as a hospital giving care to people at the heart of that community, we are very proud to be supporting the Civic Office and the Mayor of North East Lincolnshire in launching the 2023 Civic Awards.”

Nominations close at 5pm on Tuesday 31 January 2023. All the nominations will be passed to the Civic Awards Panel, who will meet in February 2023 to select the winner of each category.

Winners will be invited to a special ceremony at Grimsby Town Hall on Friday 10 March 2023 to celebrate their award.

Sam Delaney from Creative Start, who won the Mayor’s Award for Outstanding Achievement at this year’s awards said:

“It was a great honour for me to receive the Civic award from the Mayor of North East Lincolnshire, earlier this year.

“I, like many other people working in the community, am driven by passion and purpose. We are focused on the work we are committed to and not on recognition or aware of it.

“When I received the award it gave me time to stop, reflect and see what had been achieved. It also helped me to feel more connected to the community I am dedicated to serving.

“We all know many people that work relentlessly and selflessly to help others and their community, who don’t do it for recognition but would benefit from it. This is why I will be making my own nominations this year.

“I would like to thank everyone involved in organising the Civic awards which are so important to the people of our community.”

Next Article
School Streets pilot scheme officially launches at four local schools
The School Streets pilot scheme, aimed at improving road safety for pupils outside four schools in North East Lincolnshire, has begun. The trial officially launched on Monday 5 December, with traffic marshals, signage and barriers now being enforced across all of the selected four schools to restrict vehicular movement during school operation days. A School...