A new view for Freshney Place 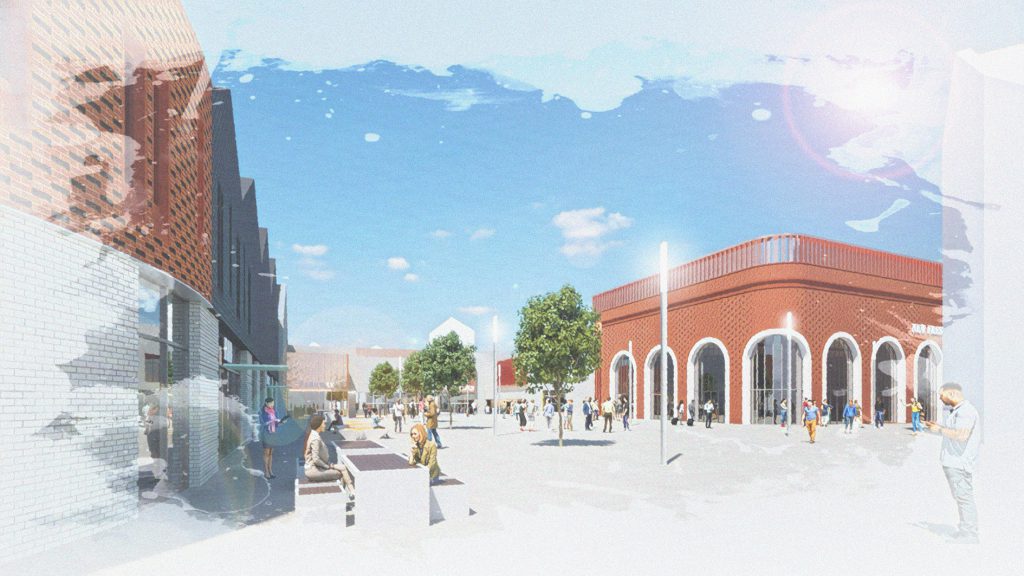 FAMILY leisure activities, a cinema and a new modern market with an overall entrance featuring open community space, green landscaping, cafes, and seating – that is what Grimsby’s new look town centre could look like.

Artists’ impressions of how a transformed western end of Freshney Place, Victoria Street and the Bull Ring could be, show an area unrecognisable from how it is now.

People, market traders and businesses will also be asked for their views with public events to display the proposed plans. They will be held later this month with comments taken into consideration when design amends are made before the final plans are drawn up.

Professionals – leaders in the regeneration of such spaces – have been employed to look at the overall design and have drawn upon similar, successful projects across the UK.  With local cinema operator, Parkway Entertainment Company Ltd, already on board to operate the new cinema, the artists’ impressions and plans show where that sits within the new offer.

Also factored in within the main entrance is a modern space for market stalls, eateries, and retail, seating, and an area for community activity and events. This entrance leads to the cinema, indoor space for other activities/leisure use and the modern new Market Hall.

A paper prepared ahead of the North East Lincolnshire Council Scrutiny and Cabinet meetings re-affirms how the ‘Freshney Place Leisure Scheme’ will be supported by the already secured Future High Streets Fund, or from a successful Round Two LUF-bid (Levelling-Up Fund). This bid was submitted last month with a decision expected from Government in October.

The scheme, it says, has a wider aspiration to ‘dilute the current over-reliance on retail space within Freshney Place, providing a more diverse offer’. It has been reported that this is a top priority, following North East Lincolnshire Council’s purchase of the shopping centre earlier this summer.

“The long-term decline of Freshney Place and Top Town Market would have a significant impact on the North East Lincolnshire’s economy and community. Delivery of the leisure scheme resulting in an improved evening economy, increased income from car parks and an enhanced market hall offer would be a positive intervention to not only safeguard the centre, but also for the viability and vitality of the town centre,” outlines the report.

Next Article
Riverhead Square: your views wanted
The first glimpse of what Riverhead Square in Grimsby might look like in the future has been released for the public to have their say. In 2020, we did a survey about Grimsby town centre to feed into the development of the overall Masterplan. The main aim of the regeneration of the square is to...