Action taken to stop unsafe and irresponsible parking outside schools. 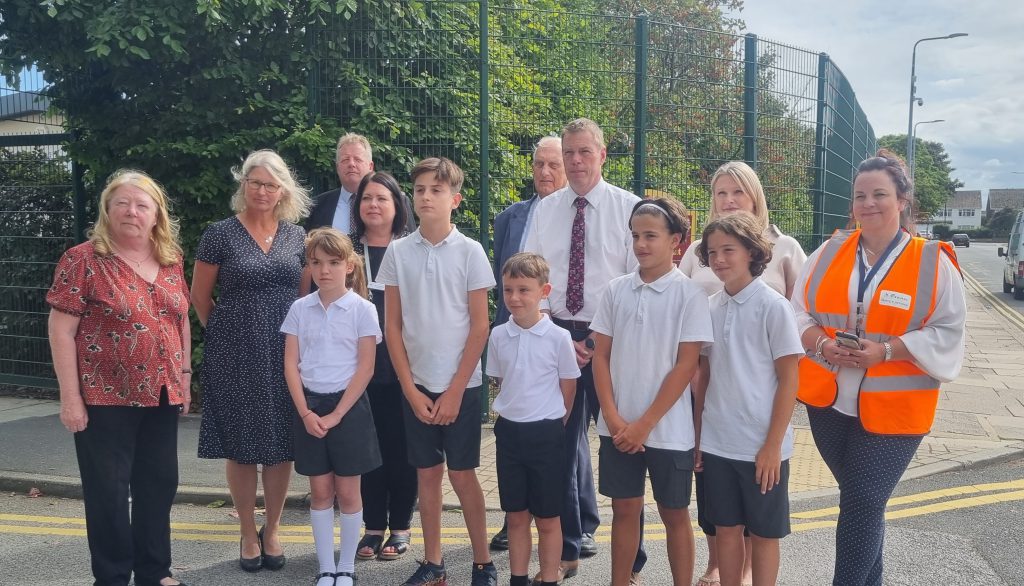 THE first of a range of road safety and enforcement measures was introduced outside a Cleethorpes school today (Tuesday, August 30), to deter dangerous parking at pick-up and drop-off times.

As part of a major project earlier this year, schools with the worst parking problems were examined and talks held with head teachers, to find the best individual solutions.

As a result, the first camera deployment started this week at Signhills Academy in Hardy’s Road, Cleethorpes. Following on, once the relevant Traffic Regulation Order, (TRO) is in place, will be Old Clee Primary Academy.  After a stint at these two schools of at least six months, the transportable cameras will be moved to other appropriate schools.

Meanwhile, other schools will initially take part in a pilot scheme called School Streets. This means that TROs will be put into place. At drop-off and pick-up times, all traffic will be banned from stopping in marked out restricted zones, with Civil Enforcement Officers (CEOs) patrolling.

This will start immediately after the October half term break at:

North East Lincolnshire Council’s Portfolio Holder for Safer and Stronger Communities, Cllr Ron Shepherd explained how such measures could be become a familiar sight outside many more of the borough’s schools.

“How many times have we heard and seen appeals for parents and carers to be responsible when taking and fetching children to and from schools. It is clear the message is not getting across fully and I would join everyone in saying that I certainly do not wish to hear of a serious accident because people are not heeding those warnings.

“I welcome this and applaud the work we have done with our schools and their head teachers to put the right measures in, at the right times and in the right places,” added Cllr Shepherd.