An Intergrational Project – Written by Beth and Tomos 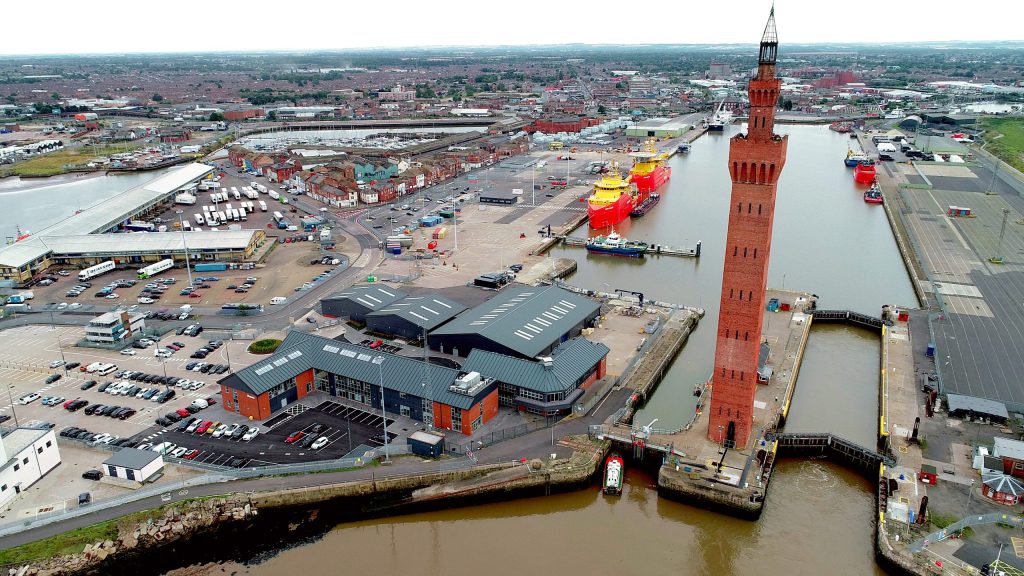 A year ago, I wasn’t familiar with a name like UCL. It’s only now that I’ve started to discover the significance of University College London. It makes sense that one of the UK’s most prestigious universities is based in London. With UCL’s home being in the capital city of England, there’s no doubt staff would be familiar with living conditions there. However, a team of researchers at UCL identified an unresolved, burning topic: what’s it like for young people living in a coastal community? Existing research showed that many coastal towns (that once thrived in terms of tourism, fishing, and importing/exporting goods) have experienced decline in tourism and traditional industries, which might be an obstacle in terms of education, employment, health and well-being.

To explore this, the UCL team managed to get funding to work with a group of local young people in North East Lincolnshire, home to Grimsby (which has a dock and a fishing port) and Cleethorpes (which has a seafront and attractions).

In 2021, UCL collaborated with Young Advisors, a national organisation, and Youth Action in NE Lincolnshire to recruit young people as young researchers (which included me, Tomos). The aim was to find out how living in a coastal town can impact on young people in terms of experiences, aspirations, and life choices.

We interviewed many local people in the area, in particular young people aged 16-25 and older people who grew up here.

This helped us compare and contrast experiences of growing up in North East Lincolnshire today with how it was in the 1950s and 1960s. It also helped us realise how coastal towns have changed and declined throughout the decades.

The young researchers used a variety of activities to engage with participants in interviews and focus groups. For example, they shared photographs of Grimsby and Cleethorpes in the past and present to tap into older residents’ memories and to encourage people to reflect on how things have changed. Young participants emphasised how there is a lack of places to go, including shops. They mentioned how there was a lack of job and educational opportunities (unless it was in specific industries such as factories or linked to fishing) and this often led to their desire to move away to cities that had more job prospects and were home to universities. Many younger people said they felt unsafe and often were reluctant to go out in certain areas of North East Lincolnshire.

Older participants had vastly different answers compared to their younger counterparts. They argued North East Lincolnshire was a safe place to live when they were teenagers, and there was little to no crime during their younger years. They reminisced about the many dance halls and cafes they used to visit. They also mentioned the importance of community and how neighbours were often closely acquainted and were there if anyone needed help.

This visual activity helped the researchers as well: by looking at the photos, I was able to create images in my head as to what Grimsby had looked like when the older participants were teenagers. For example, when I helped facilitate a focus group at the ABP Port Offices, photographs provided visual proof of what business on the dock was like in its heyday. This activity gave us a big hand in discovering the evolution of Grimsby.

In another activity, participants were asked to highlight areas on a large map of North East Lincolnshire where they felt they were safe or unsafe. For the younger participants, the areas they often felt unsafe were often associated with drunken behaviour, illegal drug use and anti-social activities. Some of the young people felt there was little police presence in these areas and wanted to see more police in the future in these specific places in order to feel safe.

Older participants mentioned the difficulty getting a job now, compared to the 1950s and 1960s when people often changed jobs frequently. They discussed how it can be difficult to find well-paid and secure jobs now, with many jobs being based on zero hours contracts and agency work.

Researchers asked interviewees what needs to be improved in North East Lincolnshire. Participants mentioned the rise of hate crimes which target people from ethnic minorities, the LGBTQ+ community and vulnerable groups that are the subject of bullying and harassment; this suggests that there is little trust in the community and people are scared to be themselves out of fear of being the targets of hate crimes. Interviewees discussed their feelings of discomfort and not feeling safe in public spaces such as parks because of graffiti and illegal drug use. Improving safety was a priority: older participants said that although they used to love visiting the market and myriad of shops in Freeman Street when younger, they now felt unsafe on a physical and emotional level there.

Residents of all ages called for more investment in the area, solving housing issues and tackling homelessness, the development of more communal spaces and improvements to public transport. Participants wanted to see more communal engagement to ensure residents in the local area feel safe and supported – hopefully reducing anxiety and hate crimes. Residents also wanted more to be done to ensure young people living in North East Lincolnshire have the skills and education they need to progress into their dream careers and succeed in their future goals.

However, our perceptions of certain places are thought to be largely influenced by the language and images used in the media. These perceptions may unfortunately cause people to refuse to live there or even visit specific places. Local media often give the impression that crime and illegal substance use is widespread; however, it’s important to know that there are cities across the UK that have even higher rates of crime and substance use. TV shows and films such as Skint and The Brothers Grimsby portray unrealistic and highly negative attitudes towards Grimsby; however, those involved in the creation often don’t have first-hand perspectives of living here. Interviewees argued that there should be more positive images of Grimsby portrayed in the local media such as stories about the historical market and cultural diversity that is ever-growing in Freeman Street. The language describing Grimsby in the local media emphasise alcohol and substance use – this can be quite jarring to read, and some participants argued that it should be changed.

In the first phase of the project, I was interviewed by a young researcher. The interview ran like clockwork: the researchers maintained a level of professionalism and created a relaxed atmosphere. This helped me to understand the importance of my role in taking part in the research study.

It was an honour when I had the chance to become a young researcher myself in the second phase of the project. At first, I took up the opportunity due to my belief that being busy is one way of developing a sense of pride and joy for myself. When we got started, I realised I was part of a project more pivotal to my hometown than I had expected. I recall vividly how the first focus group went. Having set foot inside the ABP Port offices, we found ourselves in a room with an incredible view of the docks. I was fascinated at how the older participants were keen to tell stories detailing the glamour and thriving success Grimsby had experienced.  And I could not take my eyes off those historic photos that took me into the past. To summarise how the project felt to me: UCL unintentionally brought me into an extensive history and education lesson about the area that I will not forget, all in addition to the initial task of gathering research with UCL team about experiences of growing up in our coastal community.

Next Article
Children in Care Council: A National Voice ‘Amplify’ Event
On Tuesday 25 October last month three of our children from our Children in Care council, Our Voice, Listen Up! attended Coram Voice’s Amplify event in Manchester. This fantastic conference was attended by almost 100 care experienced children and young people and the day celebrated the amazing work done by Children in Care Councils, held...
Previous Article
An Integrational Project – Research into growing up in coastal communities Results and Findings
An Integrational Project: Research into growing up in coastal communities Last week marked the beginning of the end of our youth-led research project which investigated intergenerational perspectives on growing up in a coastal community both now and in the past, partnered with University College London (UCL). The research group consisted of young researchers from our...