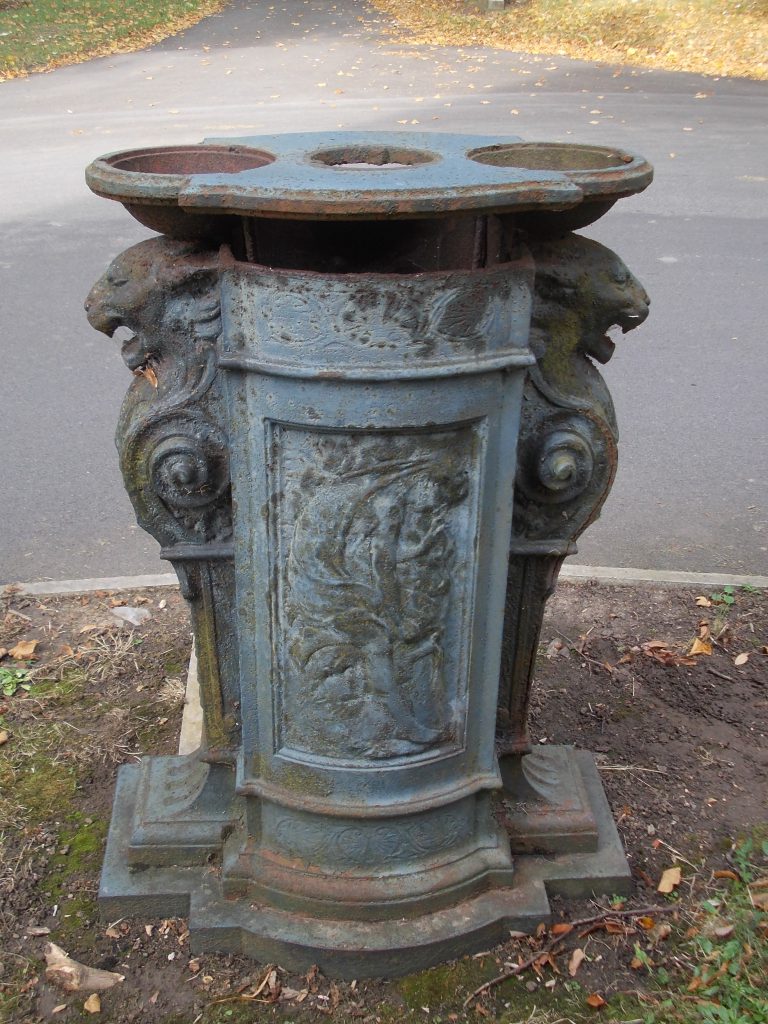 THIEVES have stolen an ornate cast-iron fountain from Grimsby cemetery, leaving staff at the site distraught.

The fountain, which features a lions head on each side atop a decorative column, has been used by mourners for decades to fill the flower containers on their loved ones graves.

The decorative piece is a late 19th century cast iron Coalbrookdale fountain. Whilst little is known about the history of the fountain it is thought to have been commissioned as a memorial after construction of the Chapels in 1888.

The fountain was due to be restored during the next phase of conservation works within the Cemetery.

Now Council staff have appealed for help from the public to try to recover the fountain.

The piece was initially thought to have been damaged by a vehicle. Some parts of the fountain were stolen during this incident, with the remaining pieces being recovered by Crematorium staff.

In a statement, Councillor Stewart Swinburn, portfolio holder for environment, energy and transport at North East Lincolnshire Council, said: “Staff are really upset by the theft of the piece. It has stood on the site for several decades.

“We just cannot understand why anyone would steal from a cemetery. People come here to mourn their loved ones.

“We’ve appealing for anyone with information to get in touch. We think that the fountain may be in several parts now. The lion’s heads are quite distinctive and easy to spot.

“Parts of the fountain disappeared in July, and following a Police investigation, some parts were recovered, but some of the panels remain missing.

“Now we’re turning to the public for help in tracking down the missing parts. If anyone knows anything or sees the fountain, they can contact Humberside Police on 101 quoting ref 16/82165/21 or contact the Crematorium on 01472 324869.

Next Article
New CCTV tackles illegal stopping and parking near school
Just days after first being installed, new CCTV cameras outside Signhills School in Cleethorpes have shown early success in tackling illegal parking. Parking near school gates has been a problem for a number of schools in North East Lincolnshire, so when North East Lincolnshire Council announced earlier this year that they would be installing CCTV...