Be warned: bad behaviour will not be tolerated as special orders renewed. 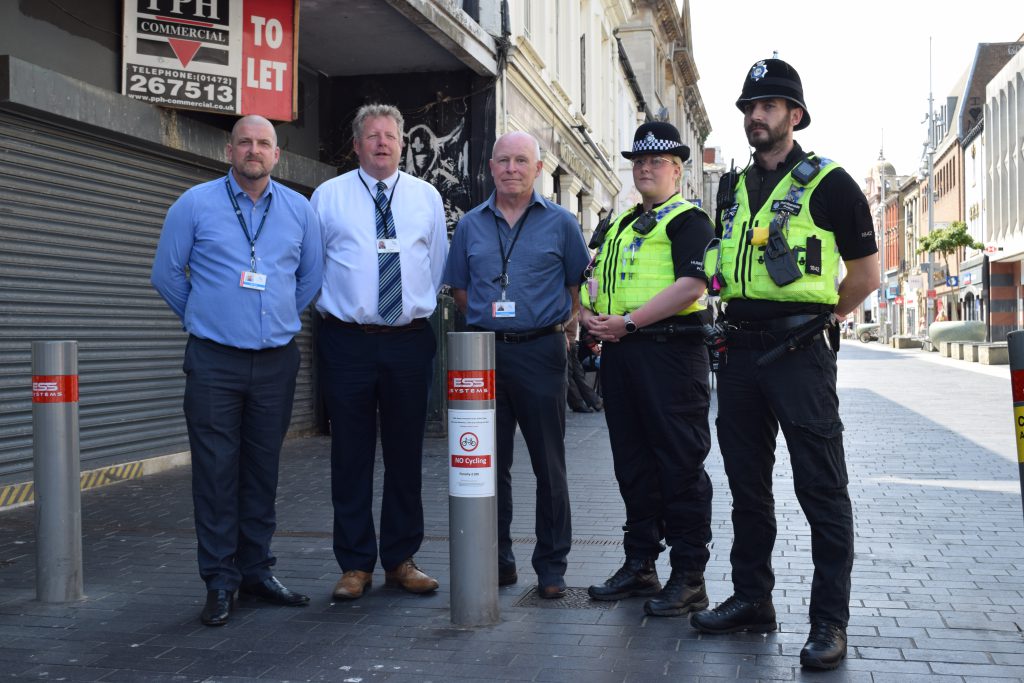 SPECIAL orders to crack-down on bad behaviour in public spaces across Grimsby and Cleethorpes are being extended for another three years, with fines of £100 issued to offenders.

Where the orders exist, council and Humberside Police officers can issue £100 fixed penalty notices for behaviour that causes nuisance, danger or distress. Since their launch in 2019, more than 1,000 such fines have been handed out, mainly for cycling in Victoria Street, Grimsby, and taking dogs on the main beach in Cleethorpes during the summer.

The orders, which will now last until 2025, cover the following areas – where clear signs tell people what behaviour they cover and what fine will be issued.

A separate Dog Control PSPO is also extended, which covers a range of related problems, such as dog mess, not controlling animals in public spaces and restricted access to certain areas, such as the main Cleethorpes Beach during the summer season.

Welcoming the new PSPO extension, Council portfolio holder for Safer and Stronger Communities, Cllr Ron Shepherd, said: “There is a desire amongst us all within North East Lincolnshire to ensure we try to deter and stamp out behaviour that causes nuisance, distress and in some cases a danger to the safety of others.

“Take for example, cyclists who zoom along Victoria Street in the centre of town with absolutely no regard for others. I would ask them, what if it was your elderly grandmother who was walking down there and was struck by a bike and hurt? If people will not respect others and think about the possible consequences of their actions then we need to have the powers to stop and fine them,” he added.