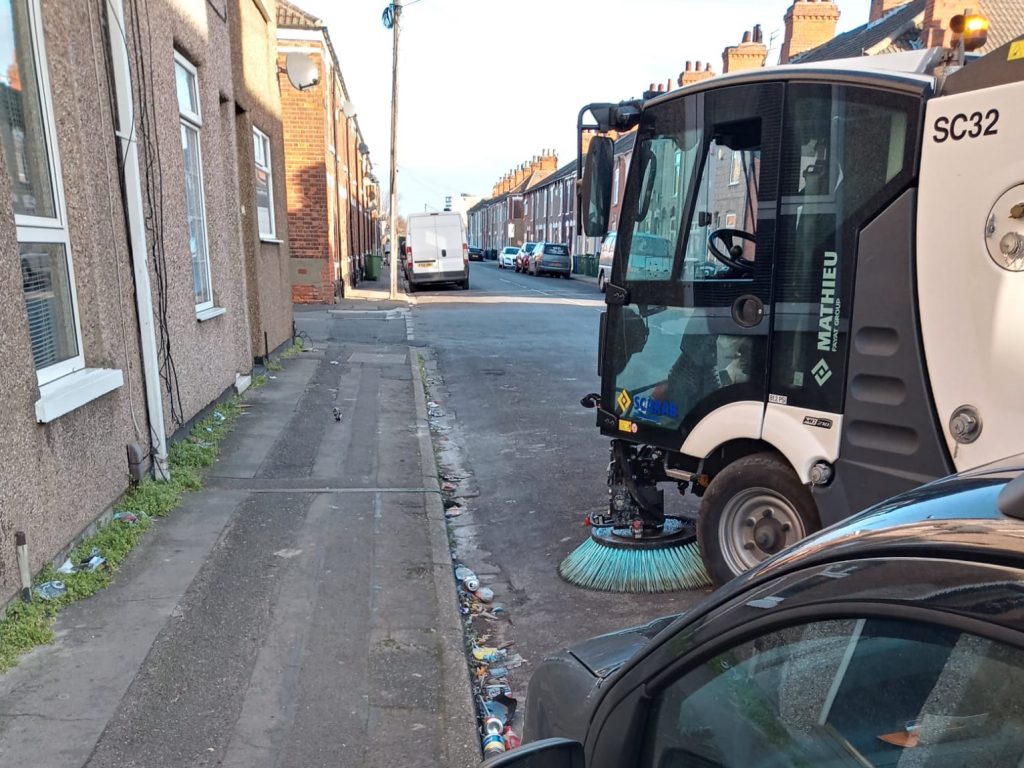 Enforcement officers at North East Lincolnshire Council issued legal warnings to 38 households for repeatedly messing up the streets where they live.

They took the action as part of a six-month pilot project in Grimsby’s East Marsh.

More than a third of all fly-tipping reports in 2021 came from the East Marsh. There are also problems with a small number of households in the neighbourhood dumping rubbish alongside their bins.

Teams from environmental education and enforcement, street cleansing and waste and recycling came together and changed how they approached the area.

Street cleaners targeted the ward on Fridays, the same day that the waste crews empty household waste and recycling bins.

They removed all fly-tipping and litter from the neighbourhood’s streets, so they were clean ready for the weekends.

Inspired by the broken window theory, the idea behind the pilot was to find out if people would take better care of the area if it was noticeably cleaner on a weekend.

The pilot started in August and lasted for six months and saw education officers visit all households that left extra waste with their bins. This helped uncover problems such as homes that needed to replace missing bins or recycling boxes or where they needed a larger bin.

In the 22 weeks, the street cleansing team cleared up 195 fly-tips and 915 bags of rubbish from streets in the pilot area.

Many households responded well, but even after offers of advice, 38 chose to keep dumping their rubbish in the street.

As a result, enforcement officers sent Community Protection Warnings to the offending households.

These legal warnings remind households of their Duty of Care to make sure their rubbish is disposed of legally and responsibly.

Officers will send Community Protection Notices (CPN) to anyone who ignores the warnings. Ignoring the CPN is an offence and offenders face a fixed penalty notice or prosecution in court.

Enforcement officers also fitted portable CCTV cameras to try and deter people from messing up the streets with excess waste and fly-tipping.

“Most people want their streets to look clean and they manage their waste well, but sadly a small minority just don’t seem to care.

“Teams from different departments targeted their efforts on a specific area and identified 38 properties that ignored our advice and repeatedly messed up their neighbourhood.

“Where we have witness statements or CCTV footage of those people dumping their waste, we will fine them or take them to court. The more evidence we have, the stronger the case and witness statements really help our chances of bringing a prosecution.

“In addition to the warning, officers fined three individuals for fly-tipping, another two suspects are under investigation and fined 10 people for allowing waste to build-up in their gardens.

“We’ve learned a lot during the pilot but it hasn’t resulted in the reduction in fly-tipping we hoped for.

“However, it has helped identify households who needed help and advice and others who refuse to cooperate and where we are taking further action.”

“We’re willing to try new ideas, listen to suggestions from the community and learn from other councils.

“Our street cleansing team spend a lot of their time dealing with the mess left by only a few households.

“It’s disappointing when they have to return time and again to clear up rubbish that could have been disposed of properly.

“It would really help if more households in the area made better use of their bins or recycling boxes.

“Recycling is an easy way to help the environment and reduce the amount of rubbish that goes in the green bin. Most people do it.”