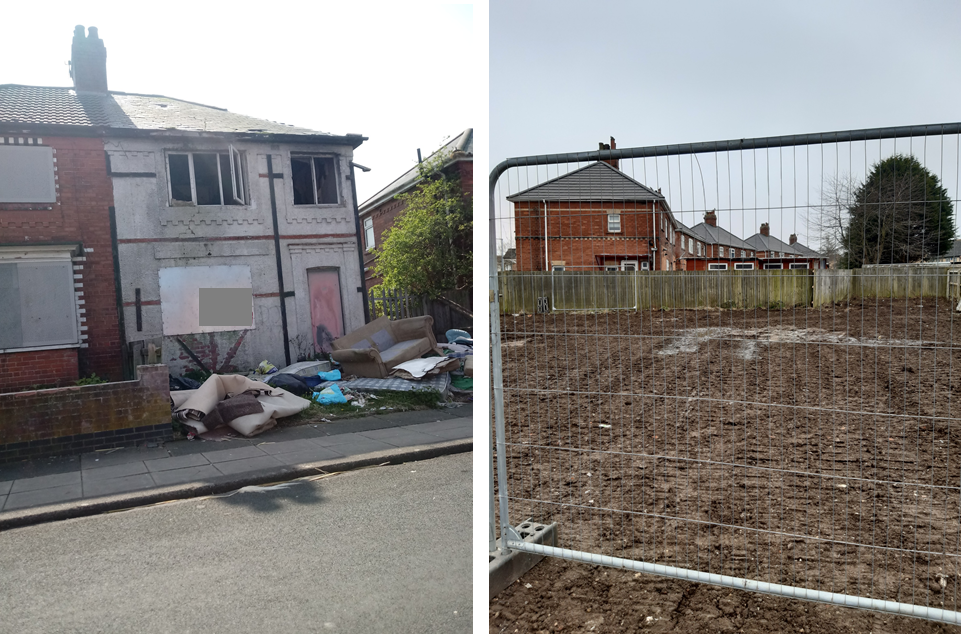 A troublesome property in Grimsby, which has been the source of problems for neighbouring residents, has finally been demolished.

The property on Shelley Avenue in Grimsby was demolished after sitting empty since 2005 due to its poor condition.

In the 16 years that the property has been unoccupied, it has attracted a significant amount of anti-social behaviour, vandalism and fly-tipping. In November 2013, some 160kg of fly-tipped rubbish was removed from the property by Council officers. In November 2017, Humberside Fire and Rescue Service attended the scene after the property became the target of another arson attack.

After Council & ENGIE officers liaised with the owner to try to find a solution, the site was acquired by Lincolnshire Housing Partnership (LHP) who subsequently arranged the demolition.

“Council and ENGIE officers worked with the previous owner to try toto find a way of bringing the property back up to scratch so that new tenants could move in but sadly this was not successful.

“I’d like to thank Lincolnshire Housing Partnership and local residents for working with us to ensure that this site can now be brought back into use.”

Martin Wood, Head of Asset Management at Lincolnshire Housing Partnership said: “We’re delighted with this outcome and look forward to working with local residents as we plan to redevelop the land for more quality affordable housing.”