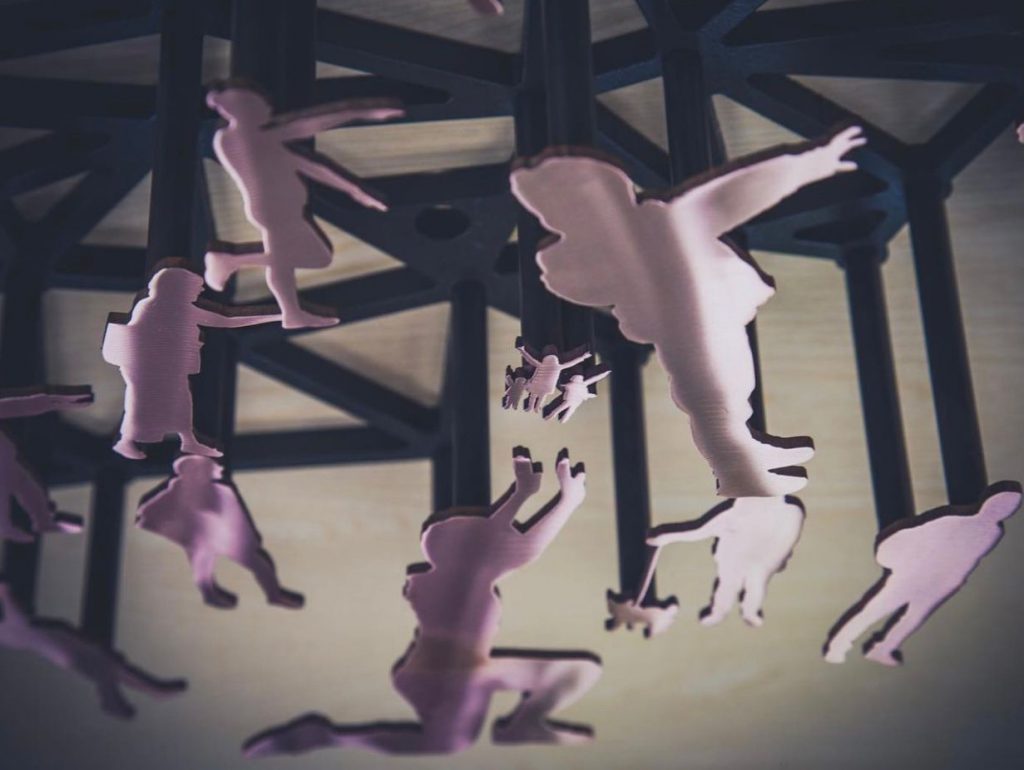 Installation of Grimsby Artist’s Annabel McCourt’s new public artwork Murmuration will begin on Tuesday 26 October when hundreds of tiny copper silhouettes will begin to appear in St James’ Square. Like a flock of birds, moving as one.

The artwork, made for the public by the public, will be revealed as part of the official opening of St James’ Square in Grimsby by The Worshipful the Mayor of the Borough of North East Lincolnshire, Councillor David Hasthorpe on 4 November.

Created with the public for the public, Murmuration features the silhouettes of hundreds of residents who participated in the project. Every piece has been hand machined with each pose unique to the person it represents by local Grimsby company Blackrow Engineering.

Commissioned by Grimsby Creates as part of a £250,000 investment from the £3.2m Cultural Development Fund in the creative and cultural-led regeneration of St James’ Square, Murmuration is the second of two public art installations to be unveiled.

The Murmurations artwork is being installed on the wall of the Wilko’s building. During the installation, the pathway between Wilko’s wall and the square will be closed off for safety. Access to the square from Bethlehem Street, the Bullring and the underpass will not be affected.

The St James’ Square public realm works in the local Heritage Action Zone are part of a wider scheme to unlock the potential of Grimsby town centre, which was supported with approximately £3.4m from the Government’s Local Growth Fund. This was secured by the former Humber Local Enterprise Partnership (Humber LEP) as part of the Government’s commitment to the Northern Powerhouse.

This artwork is part of that regeneration programme for the square, funded specifically through the Cultural Development Fund, funded by the Department for Digital, Culture, Media and Sport funds and administered by Arts Council England.