Invasion of the shopping trolleys 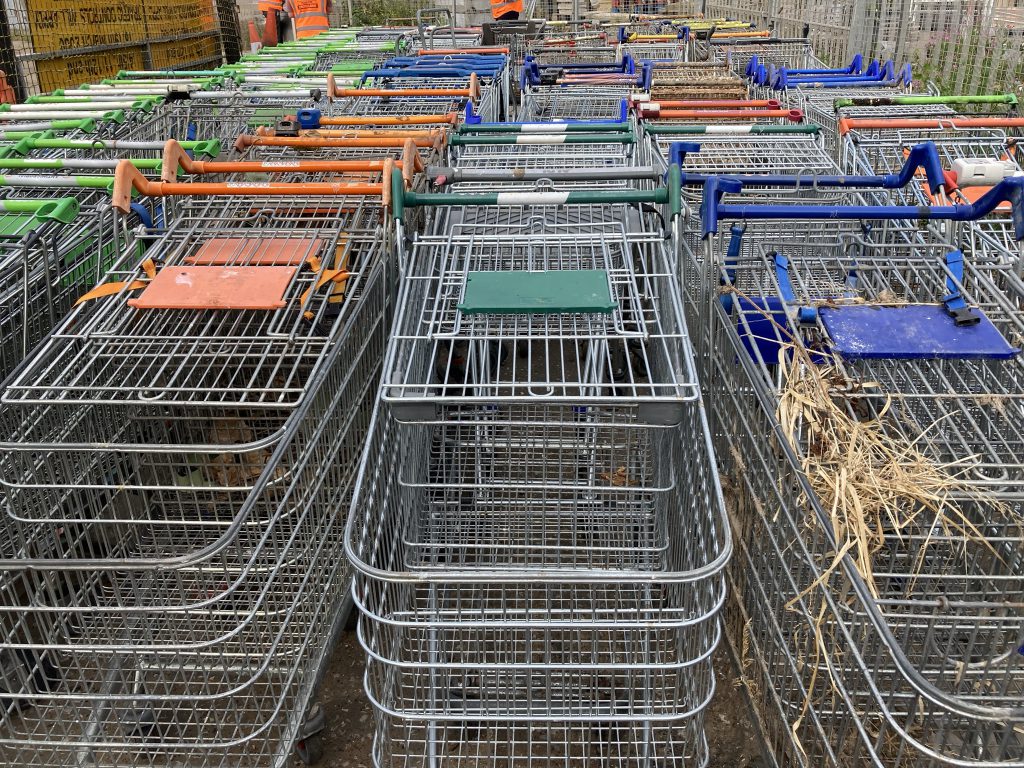 North East Lincolnshire is being invaded – by shopping trolleys.

They are finding them everywhere from river banks and under bushes to street corners and car parks.

Usually, the trolleys are collected by a private contractor and returned to the retailers or used for spares.

If they are not collected, they are scrapped and the metal recycled to be used again.

Staff from the street cleansing team are monitoring the numbers collected and stockpiled 143 at their depot in Grimsby in eight weeks. They say the problem has got worse recently.

“Our staff are picking up two or three trolleys every day.

“Not only do they look unsightly when they’re left on the streets or dumped in the river, where they can injure wildlife and block the flow of water.

“It’s an unnecessary burden on our staff to retrieve trolleys. We know most people use them responsibly, but sadly a small number of people choose to dump them and leave us to pick up the mess.”

When trolleys are dumped in rivers and water courses, they can collect other debris and cause blockages that could result in flooding.

It is also difficult to retrieve them from the water and mud.

“As well as undermining civic pride shopping trolleys can alter the habit of our wildlife that call the river home.

“They can also pose a greater flood risk or algae build up as they act as anchor points for other litter and debris.

“I personally feel that supermarkets need to take personal responsibility and work with people such as myself and other volunteers to resolve this problem, or at least tackle it better.”

Watch a video of the trolleys at https://youtu.be/eWCPTvsj9B8.

Next Article
Seven top tips for looking after Cleethorpes this bank holiday weekend
If you are visiting Cleethorpes this bank holiday weekend, here are seven top tips that will help you respect the resort’s unique environment. Cleethorpes is a great place to be, so help us to keep it that way for everyone. The resort is a special place and we all have a part to play in...
Previous Article
Who are the winners in the Posters in the Park competition?
North East Lincolnshire Council has revealed the winners in the Posters in the Parks competition. A total of 142 children, young people and adults entered the competition with fantastic poster designs reminding people to put litter in a bin or take it home. Winners were announced at a presentation ceremony in People’s Park. The five...