It’s green for go for the new creative workspace 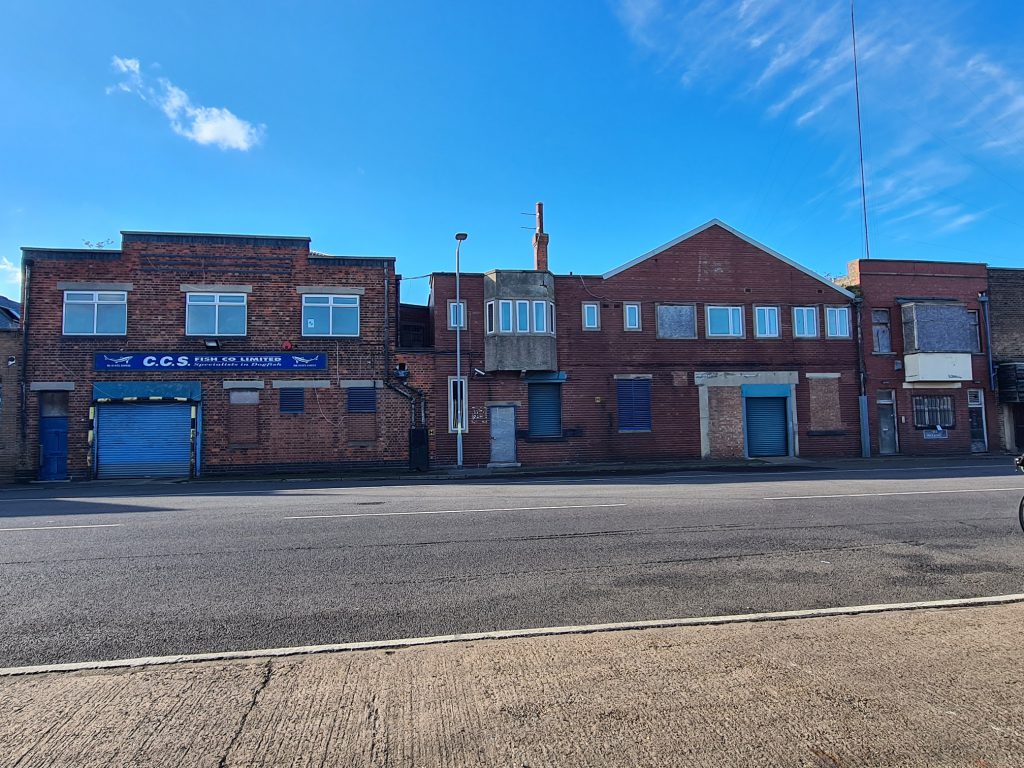 Plans have been approved for a brand-new workspace which will be created on Grimsby docks for a mixture of artists and creative entrepreneurs.

World renowned conservation architects and historic buildings consultants, Donald Insall Associates, were appointed last year to develop plans to create the new workspace, and a planning application was submitted earlier this year to redevelop a number of buildings in the Fish Dock area of Grimsby as part of the Grimsby Creates programme.

Work will now move forward on the first phase of the project – initially to regenerate three central buildings back into use, and create a new space for creative individuals and businesses, which will incorporate studio space as well as a communal space for collaboration, networking, and art installations.

The first stage of this development will be to do some initial works ahead of the winter period to secure the buildings from water ingress. Following this, a tender for the redevelopment will be released and it’s expected that the main construction work will take place from mid-2022 onwards. The Council will also be seeking an organisation to take on the day-to-day operation of the workspace once it has been completed.

Should further funding be secured, additional buildings already identified in the planning application may be developed in the future.

Cllr Callum Procter, Cabinet member for economic growth, said: “This is a really important project for Grimsby, bringing together the creative activity that’s been happening along with development of a unique affordable space for businesses and creatives to grow. I look forward to watching the space develop in the coming year.”

The buildings in question have had a long history associated with the port – from being occupied by a bank to being home to carpenters, sail printers, basket makers, engineers and boiler makers and of course fish handling companies. Some of the buildings also had to be re-built after suffering bomb damage in the second World War.

Other buildings have associations with long-standing Grimsby employers, including Edwin Bacon, Ross and Youngs. And many sailors will have heard “Sailor Radio” on their travels, transmitted from one of the buildings in years past.

The project aims to provide a culture-led regeneration project in the historic ‘Kasbah’ area of the Port of Grimsby as part of the wider Great Grimsby Heritage Action Zone.

The Department for Digital, Culture, Media and Sport funds the Cultural Development Fund which is administered by Arts Council England.