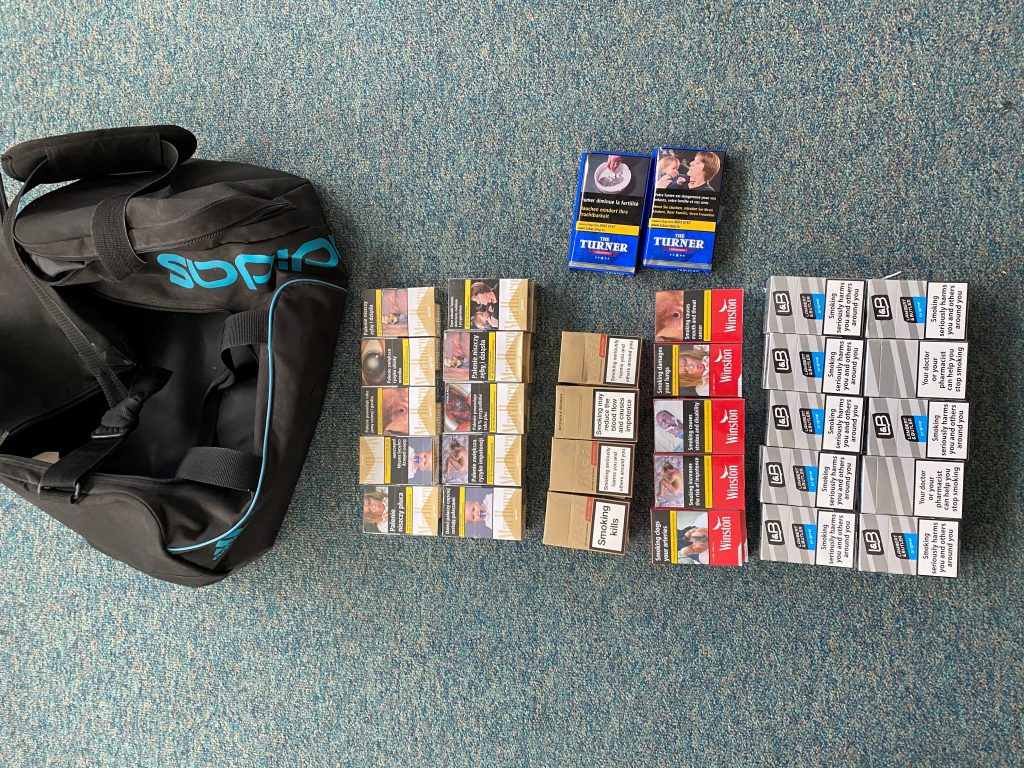 A man has pleaded guilty after Trading Standards discovered counterfeit cigarettes and tobacco at his shop in Freeman Street.

During the routine inspection and upon seeing the council’s Trading Standards officers, Ibrahim ran to the back of the store and attempted to dispose of three bags, later found to contain illegal tobacco products, by throwing them over a fence at the rear of the store.

Having been given credit for his early guilty pleas and his current circumstances, Ibrahim was given a two-year conditional discharge and ordered to pay council costs of £565 and a victim surcharge of £22.

The Chairman of the Bench in his sentencing comments told Ibrahim that these were “serious offences which not only cause a financial loss to the economy, but the products concerned are extremely damaging to the health of users”.

Councillor Ron Shepherd, portfolio holder for safer and stronger communities, said: “I hope this sends a clear message to anyone thinking of possessing and selling counterfeit tobacco that our officers will find you and pursue the matter, so don’t be tempted.

“Each inspection that we carry out disrupts the supply chain. With the support of the public, we can bring an end to this criminal trade. We do this to protect you.

“We will act on information received and enforce where necessary, so please get in touch with the council’s Trading Standards team if you are concerned.”