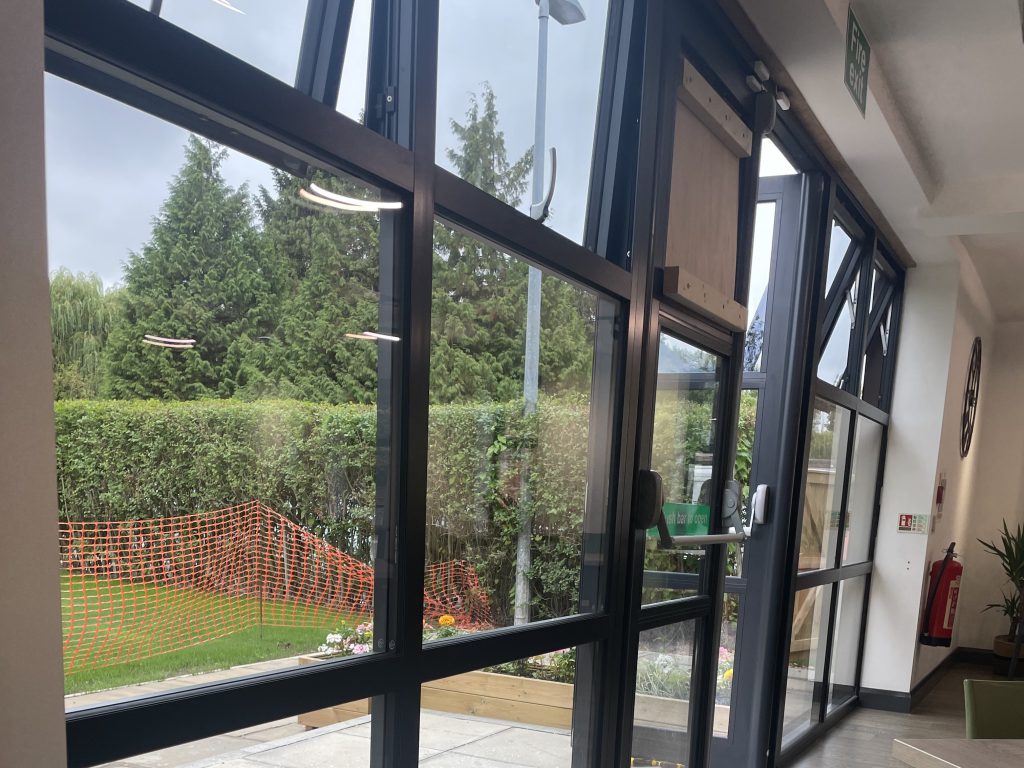 Police are investigating after a masked intruder broke into the new tea room at Grimsby Crematorium, only three weeks after it opened.

CCTV cameras at the premises captured footage of a man breaking in during the early hours of Thursday 18 August.

In the footage, which has been passed to Humberside Police, the intruder can be seen riding his bike across the nearby fields and walking around the outside of the building.

He finds a loose object and puts it through the tea room window before entering, visiting the kitchen and then leaving apparently empty handed.

The purpose of the break-in isn’t clear as nothing appears to have been taken. No money or valuables are left in the premises overnight.

“To have this happen, within such a short timescale of the tea room opening, is despicable,”

“We have worked so hard to get this tea room up and running for the benefit of the visitors to the crematorium and have been receiving some wonderful reviews – and that’s testament to the hard work being put in by the team.

“It’s such a shame that someone thought they’d ruin it for the sake of whatever they were hoping to find.”

If you know anything about the break in, you can report it confidentially or call 101 and quote crime reference 22000052153.

The Reflections Team Room can be found in the newly renovated Crematorium Lodge. It was officially opened by the Mayor of North East Lincolnshire, Cllr Stephen Beasant on Monday 1 August. It was given its name following a public vote in 2020.

Reflections offers refreshments and catering for people attending funerals and visitors to the cemetery and crematorium.

Upstairs is a function room available for anyone to hire for wakes, meetings and other gatherings.

Next Article
Stylish new tea room brings empty crematorium building back into use
A stylish new café and function room is bringing an empty, old building back into use at Grimsby Crematorium. Named Reflections, the tea room can be found in the newly renovated Crematorium Lodge. Reflections offers refreshments and catering for people attending funerals and visitors to the cemetery and crematorium. Upstairs is a function room available...
Previous Article
Restoration starts at historic cemetery buildings
Historic buildings at Scartho Cemetery in Grimsby move a step closer to being brought back into use with restoration works starting this week. Following the restoration of the Cemetery Gates in 2019 and first phase of conservation works to the Cemetery Chapels in 2021, the next stage of conservation works is now ready to begin....