‘My happiness and wellbeing have improved significantly’ – e-bike loans trial is a huge success! 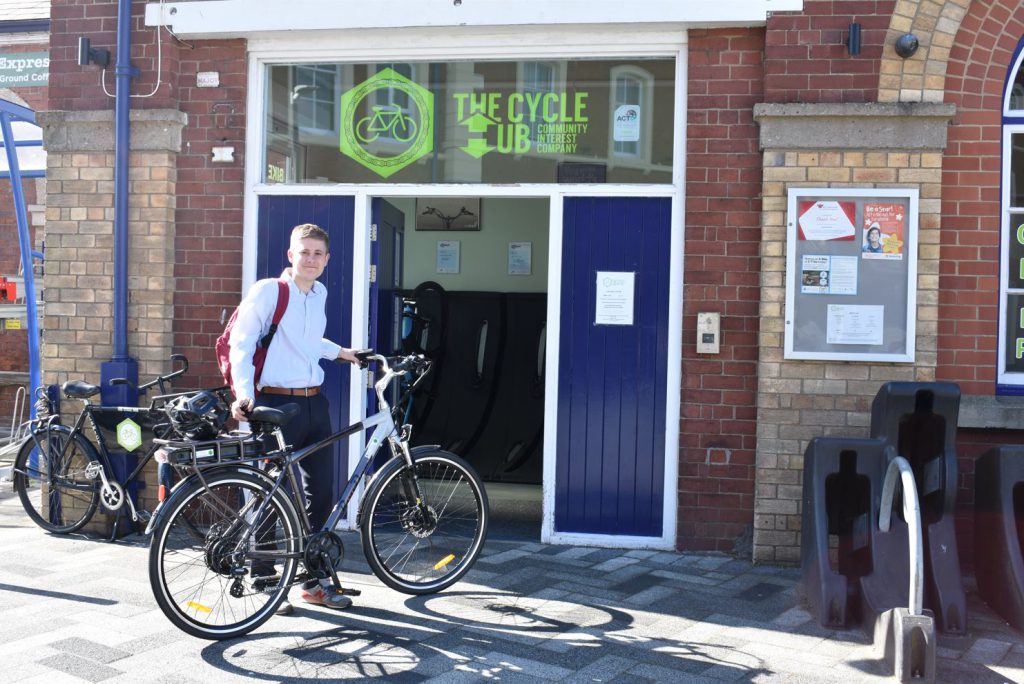 The e-bike loan scheme has been a huge success over summer. It’s been such a hit that there is currently a long waiting list of applicants who would like to take part in the two-week trial.

James Borrill was extremely happy with his trial and has decided to move onto the Wheels to Work Scheme for the future – a scheme that aims to help more people get access to work, education and training, by loaning eligible applicants a 49cc or 110cc scooter or electric bike.

James had previously been travelling to work by car, however, he wanted to travel more actively and sustainably whilst saving money on petrol and the e-bike did just that.

James wanted to use the e-bike mainly for work, but he found himself using it a lot more than just for that and used the bike for anything within three to four miles around his home. He found himself using his car a lot less than before, which was one of his main goals.

“E-bikes have changed my life!” said James. “I was always intrigued to find out how effective an e-bike would be, but due to how expensive they were to purchase I struggled to find out, until I found this scheme.

“I was completely blown away with how useful they are. It’s amazing during the sunny weather and I would argue it’s just as fast as a car once you make it through the traffic lights etc. My happiness and wellbeing have improved significantly from this as well, which is an added bonus.”

Cllr Lynsey McLean was another participant to trial the e-bike scheme. She said: “I wanted to use my car less and instead use something that was more economical and better for the environment. I also wanted to get a bit more active and try losing some weight as I found myself relying on my car a lot, and the e-bike scheme seemed a perfect solution.

“I was a bit nervous at first as I wasn’t sure if I could adapt to the e-bike, but I had a practice ride at the Grimsby Cycle Hub before loaning it out and already thought it was really good then – I couldn’t wait to take it out properly! I found myself using my car a lot less during this time and overall had a really positive experience with the e-bike.”

The scheme is delivered by North East Lincolnshire Council and its regeneration partner, EQUANS.

Try out an e-bike, find out how they can benefit your commute and take out a two-week free trial.

For more information or to book your free trial, visit www.hwrcc.org.uk/e-bike-scheme/, call 07983479362 or email carole.johnson@hwrcc.org.uk today. Due to the success of the trial so far, there is a waiting list and new applicants should be aware of this.