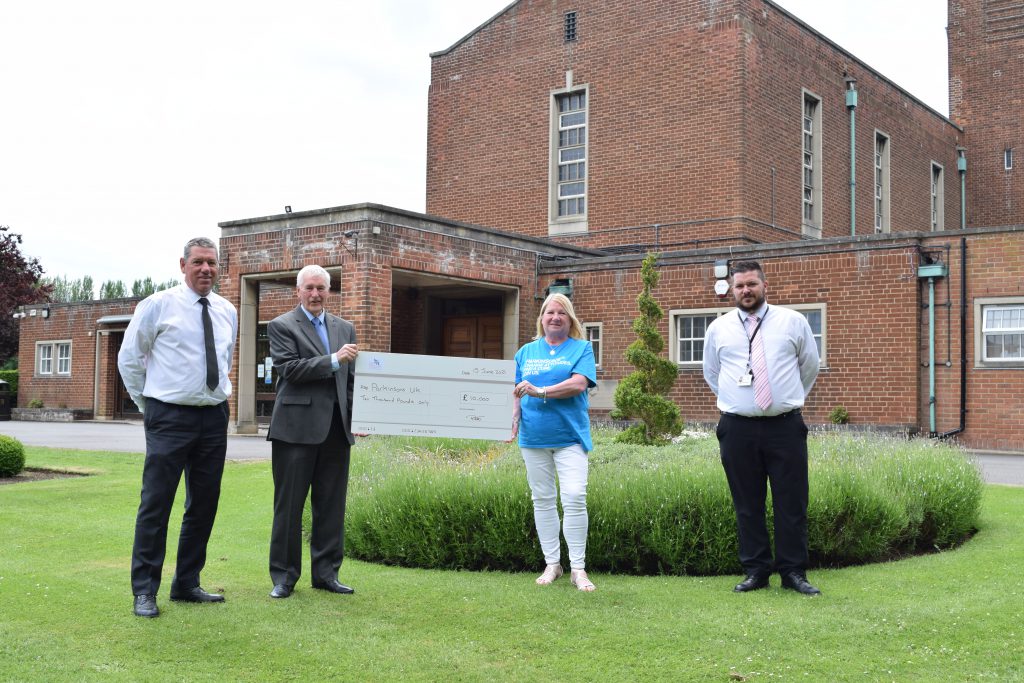 Research to find a cure for Parkinson’s has received a £10,000 boost thanks to a local metal recycling scheme.

Grimsby crematorium, which is managed by North East Lincolnshire Council, made the donation.

Parkinson’s UK is the largest charitable funder of Parkinson’s research in Europe, leading the way to better treatments and a cure. An estimated 145,000 people across the UK are living with Parkinson’s, including 11,426 people in Yorkshire and the Humber.

Money raised for the donation came from the sale of recyclable materials which are salvaged following cremation. These usually comprise of metal from the coffin and orthopaedic implants like hip and knee replacement joints.

Relatives of the deceased give their consent before the cremation and collection of metals goes ahead.

“We want to say a huge thank you to Councillor Stewart Swinburn, Grimsby crematorium for choosing Parkinson’s UK as the beneficiary of these funds.

“Our work in Yorkshire and Humber and across the UK is entirely dependent on donations. Every penny raised helps drive forward ground-breaking research projects supported by the charity, as well as the vital support and information services that people affected by the condition need.”

Councillor Stewart Swinburn, portfolio holder for environment and transport at North East Lincolnshire Council, said: “I’m really pleased to be able to sign off this donation to another incredibly worthwhile cause.

“Parkinson’s has a profound impact on the lives of so many people. It’s the fastest growing neurological condition in the world, but Parkinson’s UK is making huge strides in research to find a cure, and doing some great work to support families and those affected by the condition.”

Proceeds from the sale of recyclable metals have been awarded to charity every year since 2014, with a cheque handover taking place twice a year. Since 2014, more than £75,000 has gone towards supporting local and national worthy causes.

Previously, the materials were removed and buried in the crematorium grounds, but this is no longer possible as a result of government legislation. The Environment Agency classifies the metal as waste.

Next Article
Masked intruder breaks into new tea room just three weeks after opening
Police are investigating after a masked intruder broke into the new tea room at Grimsby Crematorium, only three weeks after it opened. CCTV cameras at the premises captured footage of a man breaking in during the early hours of Thursday 18 August. In the footage, which has been passed to Humberside Police, the intruder can...