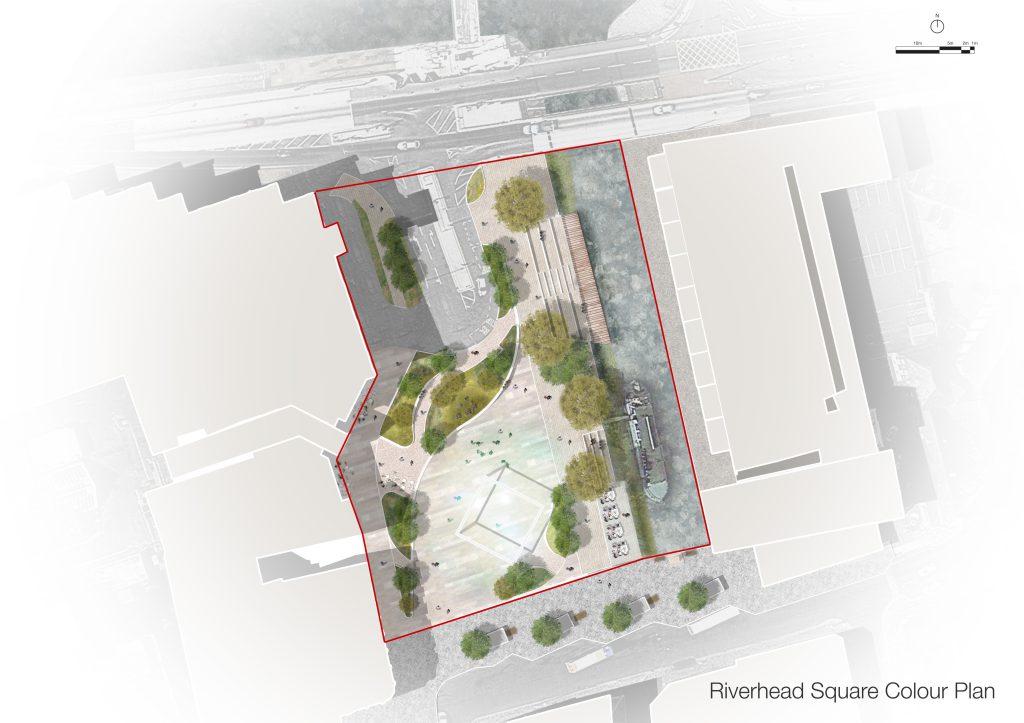 The first glimpse of what Riverhead Square in Grimsby might look like in the future has been released for the public to have their say.

In 2020, we did a survey about Grimsby town centre to feed into the development of the overall Masterplan.

The main aim of the regeneration of the square is to create a place that the people of Grimsby and visitors to the town can be proud of, and to encourage people to spend more time in the town centre, meeting friends, socialising, relaxing.

People who responded to the 2020 survey told us at that time that they liked the ideas put forward for the Riverhead at that time, and that they wanted a safe space to spend time in, meet others and have new experiences in.

High on the wish-list was soft landscaping, promotion of local businesses and local history and provision of outdoor seating.

The design that has been created has been inspired by the sand dunes of the Lincolnshire coast and features soft landscaping and pathways throughout, as well as the location of a potential work of art, and a structure to frame events in the square.

Cllr Philip Jackson, leader of the Council, said: “We now want your views to finalise the details of the square. We’re after views on the suggested layout, as well as starting the discussion about what the work of art might be.

“The work to the square was unfortunately delayed by the pandemic, but work is now on track to finalise this and get on site in the next six months and make something for the people who live, work and visit Grimsby to enjoy.”

This consultation is open until Monday 29 August.

To give your views, visit: https://tell-us.questionpro.eu/Riverhead-Square

Following this consultation, your feed back will be taken into consideration and the final details of the scheme will be worked up. Planning applications will be made for structural elements like the focus space and public art works, however the scheme as a whole may be regarded as permitted development so your comments at this stage are especially welcome.

The redevelopment of Riverhead Square is one of the Towns Fund projects previously announced as part of the £21m Greater Grimsby Town Deal. The funding for the project is from the Government Towns Fund, to be used specifically on projects that were put forward and agreed with central Government.

Next Article
Future of St James’s House to be considered at Cabinet next week
The Council’s Cabinet is set to review the future of St James House in the centre of Grimsby at its meeting next week. Local business support organisation, E-Factor, have come forward with investment plans to take over the currently vacant building, and subject to planning, create a new space for businesses. If approved at the...
Previous Article
A new view for Freshney Place
FAMILY leisure activities, a cinema and a new modern market with an overall entrance featuring open community space, green landscaping, cafes, and seating – that is what Grimsby’s new look town centre could look like. Artists’ impressions of how a transformed western end of Freshney Place, Victoria Street and the Bull Ring could be, show...