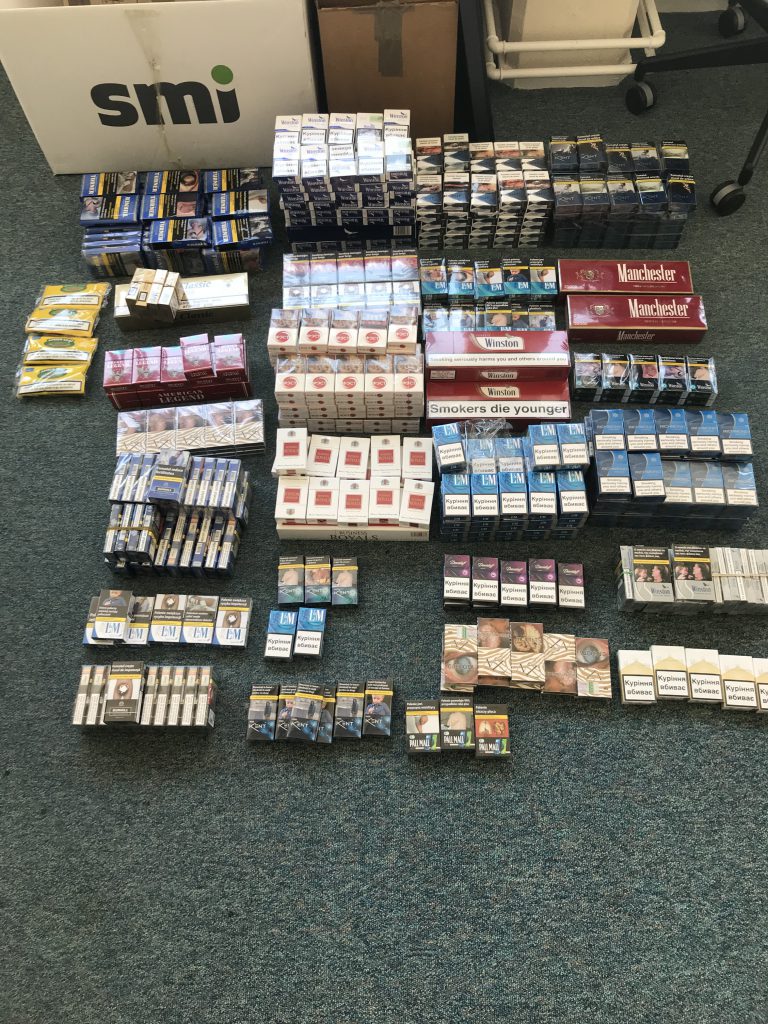 A shop owner has pleaded guilty to five counts of selling illicit tobacco in Grimsby.

A routine Trading Standards inspection at International Foods in Freeman Street on 30 July 2019 uncovered a number of bags behind the counter and in a rear kitchen. The shop was open but unattended.

The value of the goods, based on the current street prices at the time of being seized totalled £3,128, compared to a genuine, legitimate value which would have been £7,862.

Among the products were 47 packets of counterfeit Richmond cigarettes and four pouches of counterfeit Amber Leaf tobacco, leading to offences under the Trade Marks Act 1994.

Ismail was later located and interviewed under caution and admitted he had been running the business and that the products were there to be sold at low prices.

He appeared before Grimsby Magistrates’ Court in January 2020 and pleaded guilty to all five offences. The matter was adjourned to Leicester Magistrates’ Court for sentencing in March this year as he was due to appear for similar offences committed at another business in Leicester.

After a delay due to the pandemic, the case was finalised on the 12 March where he received a 10-week custodial sentence, suspended for 18 months, 135 hours unpaid work, and ordered to pay a £128 victim surcharge. A contribution to costs of £1,000 is also to be distributed equally between the prosecuting local authorities.

Ismail was ordered to forfeit all tobacco products to the council for destruction.

Neil Clark, strategic lead for regulation and enforcement, said: “The council takes a proactive approach to combating the sale and distribution of illicit and counterfeit tobacco products throughout the borough.

“I hope this sends a clear message to anyone thinking of possessing and selling counterfeit tobacco that our officers will find you and pursue the matter, so don’t be tempted.”

The vast majority of illicit cigarettes sold in the UK fail to conform to the Reduced Ignition Propensity Regulations which ensures regulated cigarettes will self-extinguish if left unattended. It is estimated that approximately 2,700 domestic fires a year in England alone (leading to 87 fatalities in 2014) are caused by discarded or unattended cigarettes (DCLG, Fire Stats GB April 2013-March 2014).

Next Article
Ørsted Great Grimsby 10K is a sell-out!
The Ørsted Great Grimsby 10K has sold out – and within just a matter of days. Entries opened at 10am on Tuesday 11 May for the sixth running of the much-loved race. Within the first day, there were just 285 spaces left. As of Sunday afternoon, the race had sold out. The 10K is set...