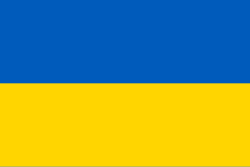 When severe weather disrupts our services we update the information on this page, which covers everything from school closures, gritting routes and helpline numbers. Live updates will be made to our:

You can also do your bit by sharing information with friends, family and neighbours.

For the latest weather forecast visit the Met Office  website.

Traveline is a partnership of transport operators and local authorities formed to provide impartial and comprehensive information about public transport services. You can contact them by visiting the Traveline  website, or calling them on 0871 200 2233.

Information on any service disruption can be found on the Bins, waste and recycling pages.

Schools and academies generally have their own methods of letting parents and children know when their school is closed. Where possible we will try to update you on any school closures using the news pages.

For tips on driving in winter conditions visit the Royal Society for the Prevention of Accidents  website.

You can also visit the THINK!  website for further road safety advice.

The winter service season starts on 1 October and runs until 30 April, although this is dependent on the type of winter and weather we have.

It is important to keep the highway network clear of snow and ice where possible so that residents can get to work, shops and appointments, children can get to school and businesses can continue to operate as usual.

Of this, 282km (176 miles) is gritted during the winter period. This length includes the treatment of both carriageways on wide roads and dual carriageways. It can take two and a half to three hours to complete all the routes using five vehicles.

There are five priority categories where the council focuses its resources to grit the roads, although it will also respond to emergency requests reported by the Police and Fire Brigade where prevailing conditions and resources permit.

There is a team of gritter vehicle drivers who will go out when a decision is made to grit the roads.  Each vehicle has its own route to follow. Most of the time these routes are pre-planned however sometimes drivers can be called out at short notice in the middle of the night.

We always plan ahead for the next year and stock levels of salt to keep our roads safe.

Where do you grit and why?

There are four routes which are gritted across the area, two routes cover Cleethorpes and Grimsby, one covers the rural villages and one covers Healing and Immingham.

Within each of these routes there are five priority categories. These are detailed below:

Category one and two – main routes

These are routes where drivers may experience loss of control due to winter weather that may lead to more serious problems. This includes routes on steep hills, alongside rivers or deep drainage ditches and main access roads within residential areas.

These are prioritised to focus on main urban areas (Grimsby, Cleethorpes and Immingham), villages, and then other rural roads.

These are prioritised to focus on the important links in town and local centres and at interchanges such as bus and rail stations, followed by other important links and areas where steep gradients may cause problems. Cycle lanes that run along roads will get treated as part of that road in order of priority as set out above. Away from the main roads, cycle tracks will be treated as necessary, within the limits of resources available.

Footways usually benefit from some ‘overspray’ when the roads are gritted and this helps to reduce the risk of ice and can help to stop snow settling.

Away from roads, footways will be treated as necessary, within the limits of resources available, with a focus on areas of high pedestrian usage and where risks are highest.

Which roads are the council not responsible for gritting?

How do you decide when to grit the roads?

We monitor information we receive from specialist weather forecast providers and data from weather stations across the area.

However, as we are well aware, weather forecasts can change. On average, the forecasts we receive are 87 per cent accurate so there may be occasions when a road frost occurs that wasn’t forecast or when gritting takes place and the predicted frost doesn’t happen.

The decision to grit the roads is based on a number of factors, including road temperature, air temperature and the amount of moisture in the air.

Gritting is normally carried out after the evening rush hour or before the morning peak to avoid the gritters being held up in traffic and to ensure that the salt is on the road when they are most likely to freeze.

How does the salt work?

The salt which is used during the “gritting” process works by reducing the freezing point of water.

Traffic driving over the salt spreads it on the road surface so it mixes with the water and also helps to melt any ice which has already formed.

On roads which have light traffic the surface is more likely to remain icy for some time after salting, due to less vehicles spreading the salt on the road. It also takes a bit of time for the salt to become effective after roads are gritted.

During particularly cold spells, if the temperature falls below -8 degrees centigrade the salt is less effective and will not prevent water from freezing on roads, so drivers should take extra care if the temperatures really drop during the winter.

What equipment does the council have to clear snow and ice on roads and footpaths?

The council has five gritters with snow plough attachments.

How does the council help rural villages during periods of bad weather?

We work closely with parish councils and has a number of arrangements in place with subcontractors and farmers to assist in snow clearance operations if required.

There are also emergency plans in place which include responding to adverse weather condition.

Does the council encourage residents to clear snow on footpaths?

Yes if it is safe to do so. Residents are encouraged to clear their own footways and areas outside their properties.

However, do not forget that pedestrians need access as well as vehicles so snow and ice should not be piled up on public footways or roads causing an obstruction to road or pavement users.

Is grit available for residents to use?

In extreme weather conditions consideration will be given to making small quantities of salt/grit available at strategic locations throughout the borough.

This has to be done with caution as salt has the potential to pollute water courses and cause damage to verges, hedgerows and trees. Therefore, it is important that any salt or grit heaps are controlled and managed to minimise any potential contamination of the environment.

However this salt must not be used to grit private paths and driveways. It is only for use on public areas to benefit the community.

In previous years residents have shown some great community spirit supporting vulnerable people and helping those who need it in their local areas and we look forward to this support continuing throughout the winter season this year.

Are salt bins restocked during the winter?

Yes if required, salt bins are restocked each month throughout the winter period.  During periods of severe weather, subject to resources being available, salt bins will be restocked more regularly.

How do I request a salt bin for village/parish?

Requests for new salt/grit bins can be made via the online ‘report it’ function.

We will only consider and assess requests for additional salt/grit bins outside of the winter service period between May and September.

This is because requests are considered as part of the planning process for the next season and during winter our resources are concentrated on keeping the highways network safe and moving.

If you wish to submit a request for a new salt/grit bin, consideration needs to be given to the following which will be used as part of the assessment:

Engie working in partnership with North East Lincolnshire Council, as the Highway Authority,
aims to provide a winter service which ensures, so far as is reasonably practicable, that safe passage along a highway is not endangered by snow or ice.

The winter service treatment of the highway network has been identified based on the principles set out in the Council’s Highway Winter Service Policy and Operational Plan. In determining those parts of the network designated as main treatment routes for the winter season the following general principle has been applied.

The priority routes for the highway network are set out in Appendix A of the Operational Plan.

Priority for pre-treatment is given to primary routes and main distributor roads (Category 1), and the target treatment time for all the main treatment routes (Category 1 and 2) is 3 hours from commencement of treatment. Our objective is to ensure that normally the treatment of the main routes should be completed by 7:30am (approx) each day.

The available resources have been targeted at providing a pre-treatment service as outlined above. However consideration will be given to reactive treatment (following formation of ice or snow) and snow clearing operations where appropriate and practicable, as prevailing conditions dictate and resources allow.

Previous – Travel and public transport
Is there anything wrong with this page ?