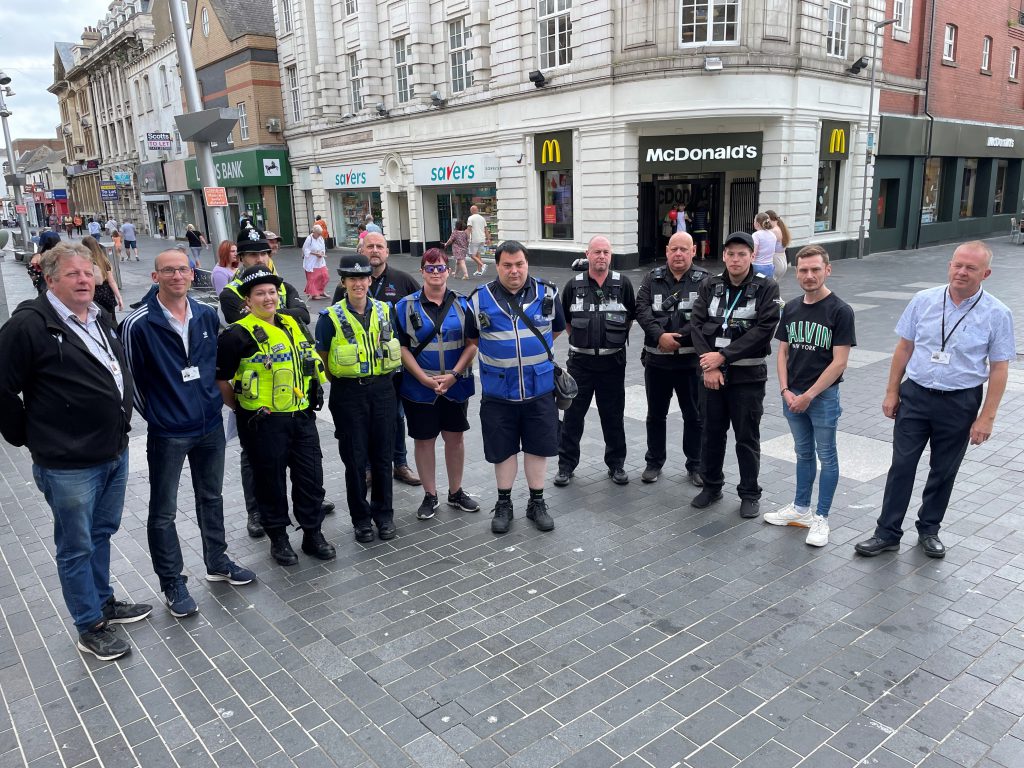 Targeted high-visibility patrols in Grimsby town centre are part of an ongoing effort to tackle issues in the area.

Having listened to residents and businesses, officers will be carrying out foot patrols with partners in hotspot areas to deal with issues such as shop theft, public order offences and antisocial behaviour.

“We want to help make Grimsby town centre the great place we know it can be, for residents, visitors and those who work in the area.

“There are many things our partners and ourselves will be looking to deter, including abuse of shop staff, thefts, antisocial behaviour, and cycling in prohibited zones.”

Officers took part in special day of action on Saturday 23 July with partners from North East Lincolnshire Council, GRiP and others. Together they patrolled parts of Grimsby town centre and Freeman Street.

“We recently extended our Public Space Protection Orders in six key areas, including Victoria Street, which gives us and police officers the powers to stop and fine offenders in those zones. This means anyone caught cycling in that area can expect to receive a £100 on-the-spot fine.

“Saturday was a big success. By working together we’ve made it clear that we won’t stand for any form of antisocial behaviour in our communities.”

“Our intention is to work collaboratively and proactively with our partners and local businesses to improve Grimsby town centre and make it safer and more attractive to visitors of all ages, both day and night.

“This scheme has only recently launched, but we have already seen positive results, and I hope that continues.

“Officers will be conducting patrols in the area at different times, as well as holding street surgeries. I would encourage anyone to talk to us about your concerns or if you have information that may help us.

“The information you provide helps us with intel and data gathering, so we can further identify key areas where offences are being committed. This helps ensure our patrols are as efficient and successful as they possibly can be, and all helps towards the aim of making Grimsby town centre a more welcoming place to live, visit and work.”