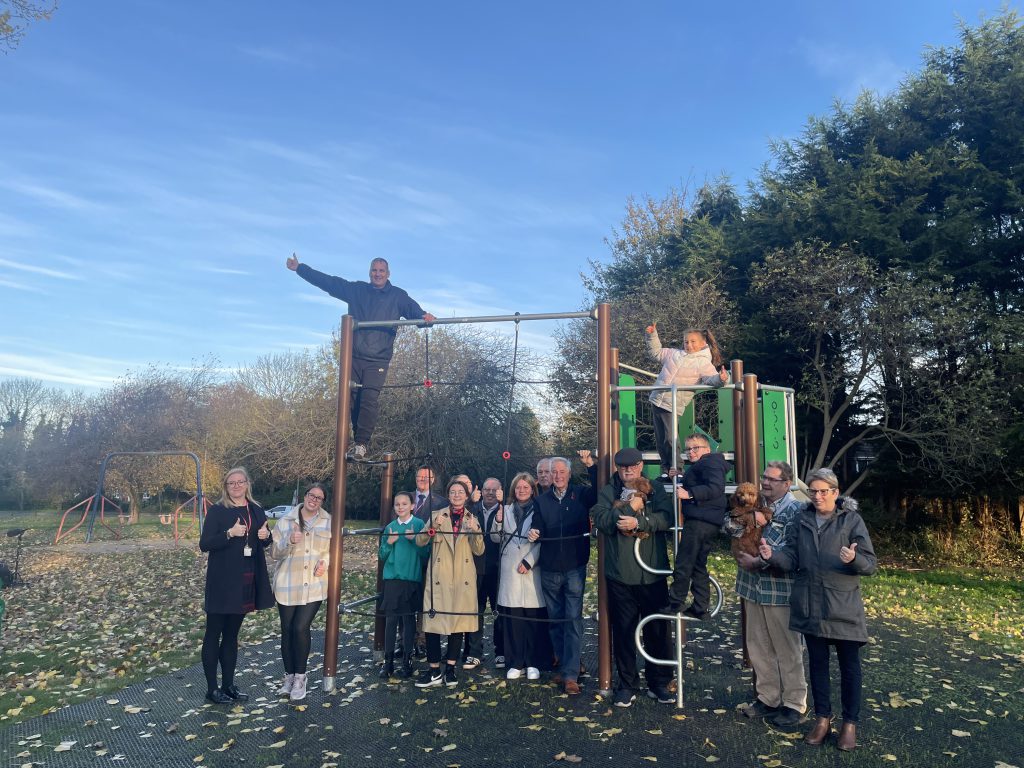 An Immingham park now has new play equipment thanks to a £2,500 fundraising drive by a seven-year-old girl.

Elysia Nicolaou, who lives near Immingham’s Pilgrim Park, raised the money after an arson attack on her favourite climbing frame in April this year.

Helped by her mum Vicky Shakespeare, Elysia launched her own fundraising page and asked people to sponsor her to walk across the Humber Bridge and back.

Teachers and friends from her school, Pilgrim Academy, got behind her and Elysia’s big-heartedness inspired about 50 others to take part in the walk in June.

Her fundraising target was £500 but her efforts resulted in lots of donations from family, friends and businesses and she raised more than five-times that amount.

Elysia, along with her mum and nanna Nadine Haigh, handed over a donation of £2,536 to North East Lincolnshire Council’s grounds maintenance team at Pilgrim Park in August.

The team put the money towards buying a new multi-play equipment with a climbing net, climbing bars and a pole, a slide and firefighter’s pole.

Elysia said she was very excited to see the new play equipment, she said:

“When it got burned down, I was really, really sad and it was my favourite bit of the park that I used to play on with my friends.

“I raised the money to pay for it by walking across the Humber Bridge and back. I hope everyone will like it a lot.”

“It’s really nice to see, we’re so proud of the effort she’s put in. Elysia has been to see it everyday as it was being built, she’s really proud of herself.

“We’ve seen her grow so much with the effort she’s put in, it’s really nice to see.”

“Elysia has done a fantastic job to raise the money towards this equipment. Children are already enjoying it. I’m sure that everyone will make the most of the wonderful piece of equipment that Elysia has raised money for.

“We’re hugely grateful to her and her friends and family for their generous donation.

“Most people love their local parks and play areas and we are working hard to improve them so more children can enjoy playing outdoors.”

“It’s been great to have been on the journey with Elysia, from her initial thoughts on wanting to do some fundraising to now seeing the park equipment in place.

“It has been great to see the whole community rally round her every step of the way and achieve something as great as this. I’m proud of everyone who was involved.”

A plaque will be mounted on the new climbing frame to thank Elysia for raising the funds towards buying it.

Immingham’s Pilgrim Park can be found in Church Lane. It’s home to the Pilgrim Monument and is part of the Pilgrim’s Trail.