Thank you North East Lincolnshire – you’re recycling more than ever 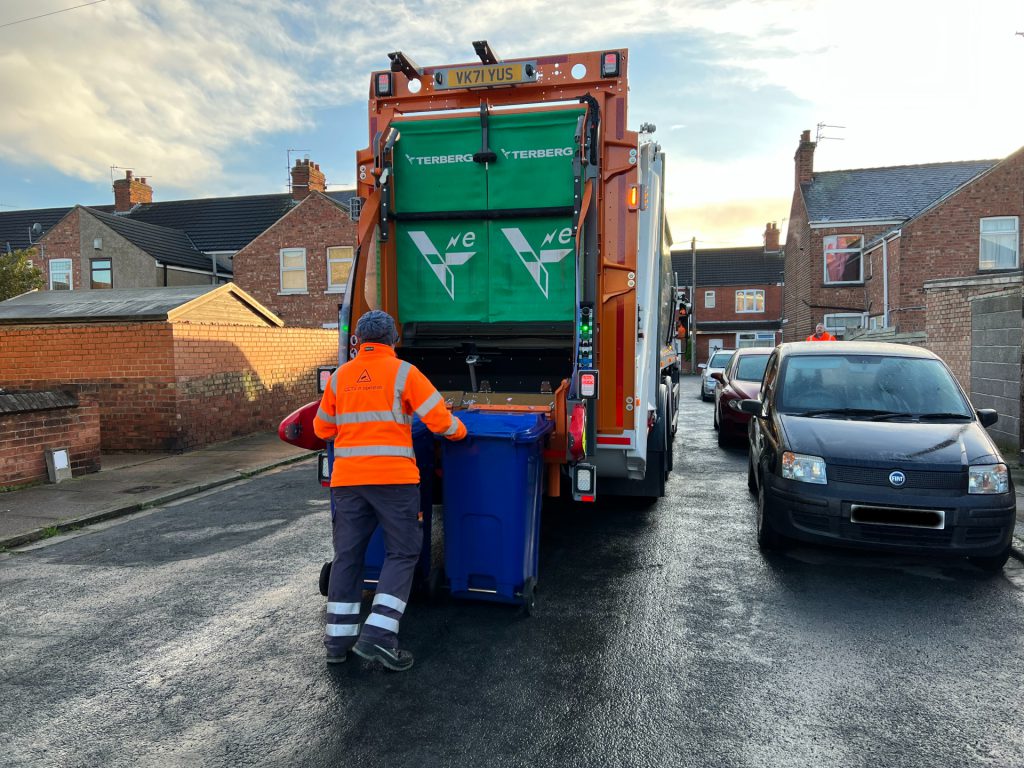 North East Lincolnshire Council is thanking households for recycling more than ever in 2021.

In the first full year since households started using the new bins, recycling rates have risen by more than four per cent.

The Council started collecting a broader range of plastics for recycling in March 2021 and introduced a food waste recycling pilot at 4,500 households in April 2021.

Collecting paper and card in a separate bin has proved a winner for the Council. The high quality of the material collected is giving North East Lincolnshire Council some of the best income for paper and card recycling in the UK. This income goes back into the service to support the running costs.

By sorting their recycling at home, households are creating a better-quality product for reprocessing. To make it easy, each bin lid is clearly labelled with symbols showing what to put in them. Paper and card go in the blue wheelie bin.

Washed plastic bottles, tubs and trays, food tins and drink cans and glass bottles and jars go in the grey wheelie bin. Before Christmas, the Council distributed a new illustrated recycling guide to households to remind them what goes in each bin.

Increased recycling saves energy and helps us transform existing items into something new. Household waste that can’t be recycled is used to generate electricity at the Energy from Waste Plant near Stallingborough, hardly any goes to landfill.

“It’s great to see that more and more people in North East Lincolnshire are recycling. It’s a simple way to help the environment and prolong the lives of materials such as aluminium, plastics and paper.

“Our new recycling bins are proving to be a huge success, but there’s plenty more to do. Last year we started collecting a wider range of plastics and in the next couple of years we hope to be able to roll out food waste recycling across the borough. We’ve been testing this at about 4,500 properties and we’re seeing big reductions on the amount of rubbish people put in their green bins.”

Households can check their bin days online at www.nelincs.gov.uk/refuse-collection-schedule/. The bin calendar is the most visited page on the Council’s website. On average, the page has 5,000 views per day.

Next Article
The best way to spread Christmas cheer, is recycling loud for all to hear
A band of inventive elves has transformed Grimsby Tip into a magical Winter Wonderland. Now established as a tradition at this time of year, the community recycling centre (CRC) is the place to catch the Christmas spirit. The team at the tip have upcycled everything from old tyres to road cones to give the site...