Thank you to property owners making improvements along A180 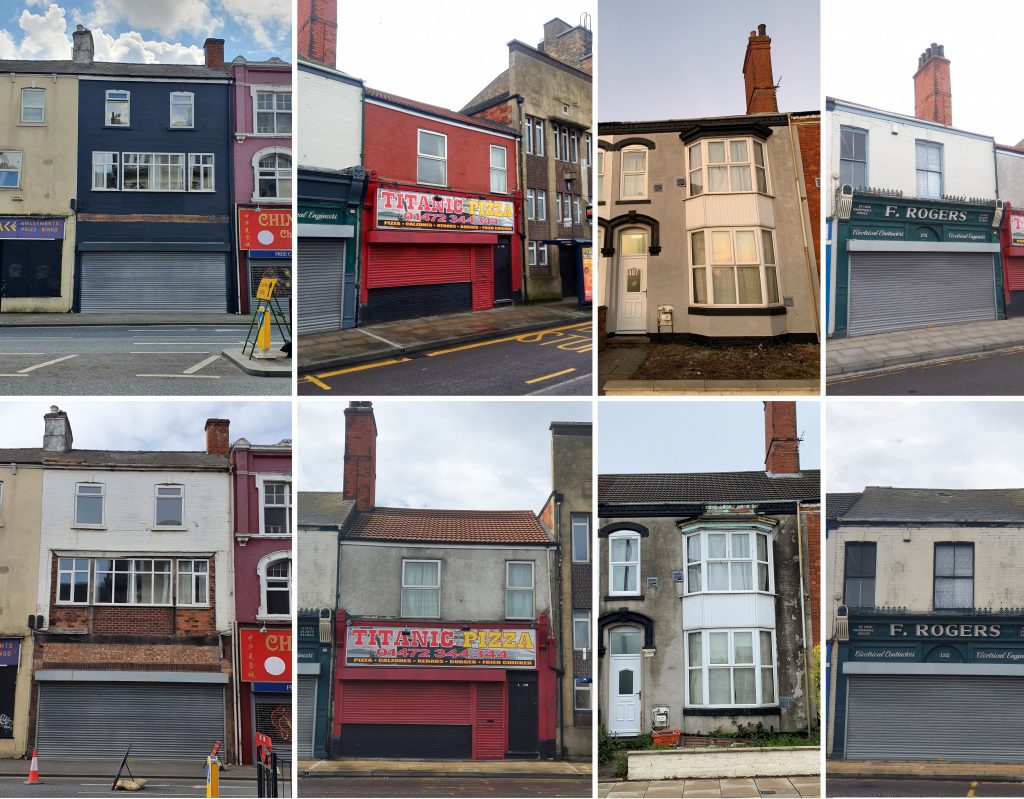 North East Lincolnshire Council is thanking property and business owners for smartening up their buildings along one of the main roads through the borough.

Property owners are acting on calls to fix up buildings as part of Operation Gateway, a project launched in August to improve the street scene on the A180 Cleethorpe Road and Grimsby Road.

Focused on the stretch between Riby Square in Grimsby and Isaacs Hill in Cleethorpes, the Council is encouraging owners of street-facing properties to make improvements.

Some had already started making changes or had them planned before the project started, but others have yet to make improvements.

This is being done in phases through a combination of education, advice and, if needed, enforcement action.

The Council’s aim with the project is to grow business confidence in this part of town by encouraging property owners to make physical improvements to their buildings and make the area more attractive.

In the first phase of the project, officers contacted property and business owners between Riby square and Humber Street and parts of Freeman Street and Kent Street. There are 61 properties in total.

So far, works are complete at 20 properties and in progress at another 15 in phase one. Section 215 Notices have been served at seven properties. Of the seven, work is complete at one property and has started at another two.

Some of the properties undergoing transformation include:

Phase two of the project is focused on the area between Humber Street and Park Street. There are more residential properties in phase two than the first phase.

Council officers wrote to 44 properties and have received 40 responses so far.

Thirteen have already completed the works they were asked to carry out. Other works are in progress some owners are arranging for improvements to be made after the winter when the weather improves.

Businesses and property owners that have completed improvements in phases two include:

“I’m thankful to all the property and business owners who have responded positively and started making improvements to their buildings and land.

“Many buildings are already looking better. We want to work with other property and business owners to make a difference to the street scene.

“We aim to repeat this early success in the remaining phases of the project. This is an area with great potential, it’s the gateway to the town with huge amounts of passing trade and we need to make a good impression.”

“The response to the scheme so far has been very positive and I’m grateful to all those who are already smartening up their premises.

“We have big ambitions for North East Lincolnshire and the A180 is a key route through the borough.

“Property and business owners have an important role to play when it comes to attracting investment and making the area an attractive place to visit .

“If everyone does their bit and brings their buildings up to scratch, it will bring benefits to the whole neighbourhood and make it a place to be proud of.”

Most property owners take care of their buildings, but a small number of properties are neglected and pose a risk to the wider area.

Problems include windows almost falling out of their frames, shrubs growing in brickwork, missing gutters and drainpipes and vegetation in the gutters and on the roof.

Not only are dilapidated buildings an eyesore, they can also pose a risk to passers-by, harm the value of surrounding properties, and become beacons for criminality and anti-social behaviour.

Aemon Alzalam owns The Gym in Cleethorpe Road, the business has been there for three years. Aemon chose to open his business in the area because of the good price of the building and the busy, central location.

He said his improvements needed doing. He wanted to bring the building back to life. He did lot of his work on this building before Operation Gateway started, when the road was closed off because of the burnt out building nearby. He said the new flats are almost finished.

Paul Croucher, of Riby Square Takeaway and Café, has had new shop front signs painted and new window graphics to improve the overall look. He said: “The more people that can take on improvements, it can only be better for our area.”

Lewis Buttery, of Urban Development Projects Ltd, said: “Urban Development Projects Ltd own a number of properties along the Grimsby/ Cleethorpes Gateway, and it cannot be denied that the road into the area was not the most attractive and eye pleasing, giving an overall negative image to the local area. We have been supportive of North East Lincolnshire Council’s project to improve the area, including the requirement to carry out works on a number of properties to bring up the visual appearance.

“We have carried out such works as repainting, re-guttering and general exterior improvements and we are totally pleased we have done so as not only has it given an improvement to the local area, and our properties are looking so much better! We have noticed other business’s and properties in the area making improvements, and in the long run we believe it will have a great impact on the Grimsby/ Cleethorpes Gateway, attracting more visitors and being more pleasing to the eyes!”

Imran Jameel Sheikh, owner of 7 Freeman Street, said “It’s difficult in current times with very little money” but he has done what he can with the money by painting the front and improving the roof.

Officers will write to all properties in each area to explain the aims and objectives of the projects.

Advice will be offered to owners of properties who need to make improvements, followed by legal warnings and ultimately court proceedings if they fail to take action.

Section 215 (s215) of the Town and Country Planning Act 1990 allows local authorities in certain circumstances, to take steps requiring land and buildings to be cleaned up when its condition adversely affects the amenity of the area. In these circumstances, the authority may serve a notice on the owner requiring that the situation be remedied.

Once issued on the responsible party, these notices set out the steps that need to be taken, and the time within which they must be carried out.

If not, the authority has powers under s219 to undertake the clean-up works themselves and to recover the costs from the landowner.