The Mayor of North East Lincolnshire is going electric! 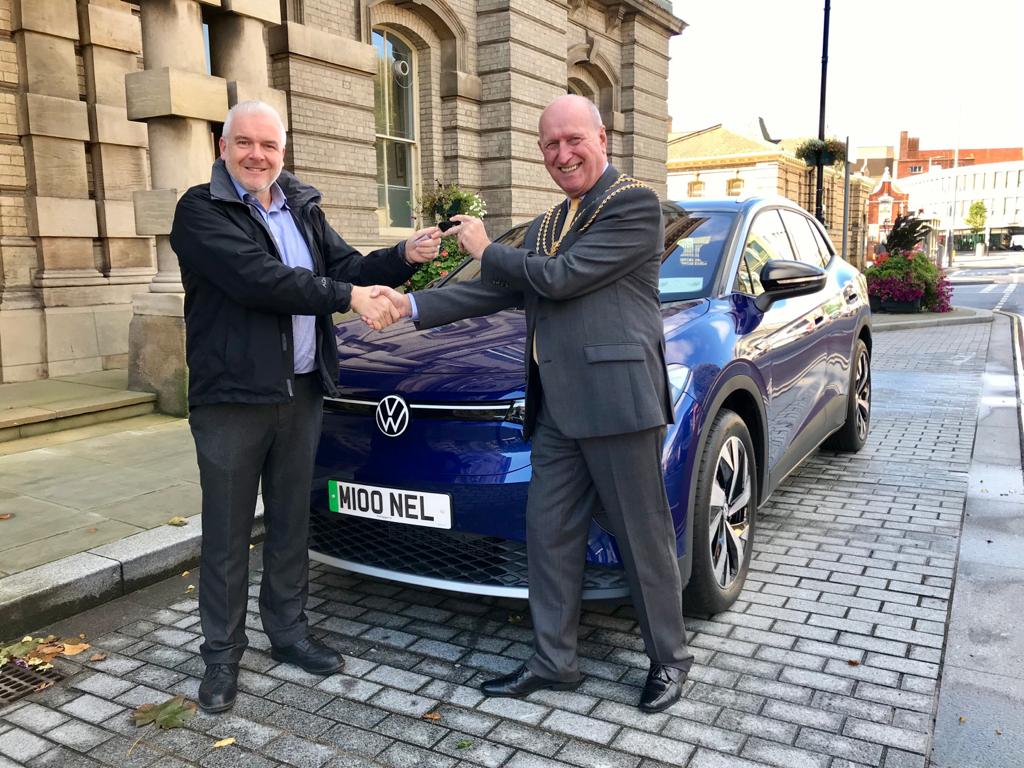 The Mayor of North East Lincolnshire Council is taking major strides in paving the way for a greener borough with a new electric car.

The council is decarbonising its fleet of vehicles as part of its response to the climate emergency declaration.

The ultra-low emission vehicle – a Volkswagen ID4 1st Edition, with a range up to 322 miles – will be used to get the Mayor out and about on the road while he is visiting the people of North East Lincolnshire.

Mayor, Councillor David Hasthorpe said: “This is a great investment in a Civic car that shows North East Lincolnshire to be at the forefront of further green technology as it evolves. Where we lead, others will follow.”

The council has already made good progress supporting the carbon neutral roadmap since 2016, with 19 electric vans and 12 electric cars in use by the end of 2021. Sixteen per cent of the current fleet is now fully electric.

Management started replacing the fleet of diesel vehicles with electric from 2016, ahead of most local authorities.

Where possible, the council will also seek to convert non-electric cars and vans to Electric Vehicles (EV).

The council has already made strides in becoming greener. In 2021 alone, the council has secured funding to implement £2.9million of energy improvements to public buildings in the borough. This is in addition to the NELC managed Great Lincolnshire Smarter Energy Scheme which has seen more than £9million worth of funding to energy improvements for businesses and public bodies in Lincolnshire.

Other climate improvements include: