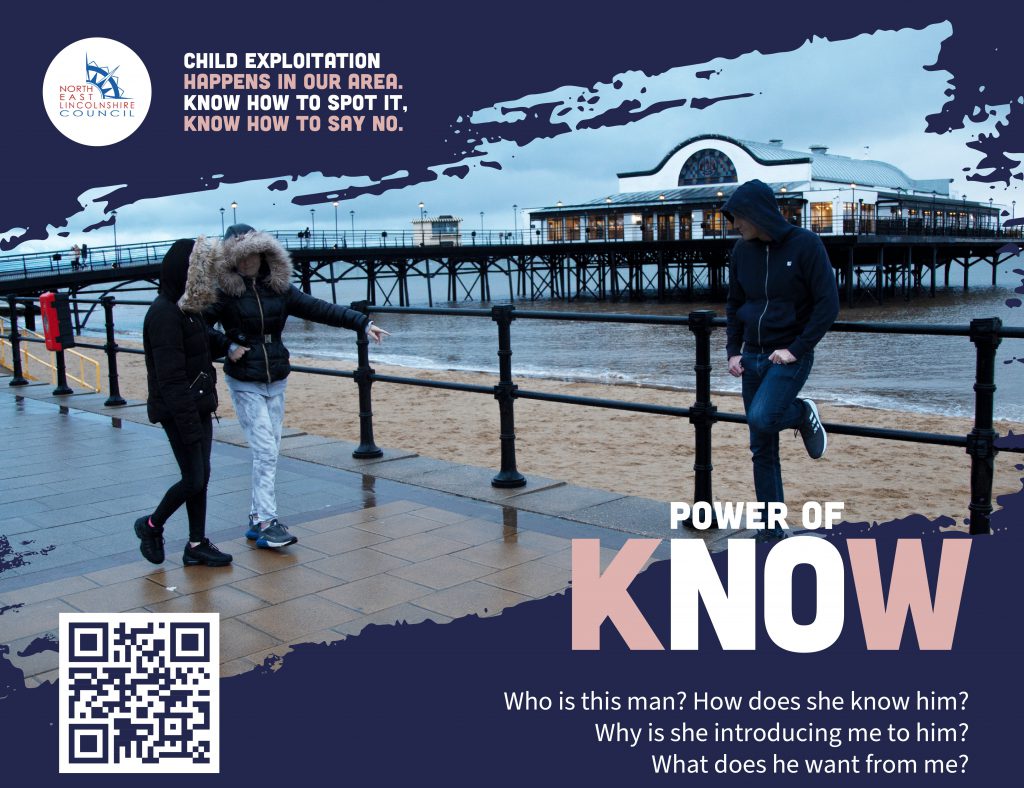 A hard-hitting campaign has been launched to stop child exploitation in it’s tracks.

The Power of Know is a mixed media campaign aimed at helping people to spot the signs of child criminal exploitation – an issue impacting children from across the UK. The campaign ideas, messages and designs have been developed by local young people.

The campaign, part of ‘Not in Our Community’, has been developed jointly between the Office of the Humberside Police and Crime Commissioner and North East Lincolnshire Council’s GRAFT team (Gaining Respect and Finding Trust) and Young and Safe Street based Team with support from Humberside Police and John Gilbert’s Eskimosoup, and was funded by a Home Office grant.

This follows on from the interactive videos of Chloe’s story and Ryan’s story, launched to educate young people on the choices they can make to avoid exploitation by criminals.

The latest materials, which encourage people to question situations that they might come across, will be displayed online and across social media as well as on Stagecoach buses and Transpennine Express trains, with printed materials being displayed in public places in the New Year.

“Child Criminal Exploitation is a big emerging issue across country. We are seeing gangs from other parts of the UK come to our shores and take advantage of our children, using them to sell drugs and commit crime.

“The Not in Our Community campaign has made strides to help young people to make the right choice, and the next stage of this campaign is to show the public what to look out for and how to report suspected instances of child criminal exploitation.

“We don’t want it in our community.”

“Criminal gangs actively target young people and groom them to become involved in their criminal activities.

“We must all be vigilant and know the signs of exploitation so we can keep our young people safe.

“The Not In Our Community campaign provides an excellent toolkit to do this and anyone with responsibility for the safeguarding of young people should familiarise themselves with its messages.”

To find out more about the Not in Our Community campaign and The Power of Know, visit www.knowexploitation.com.