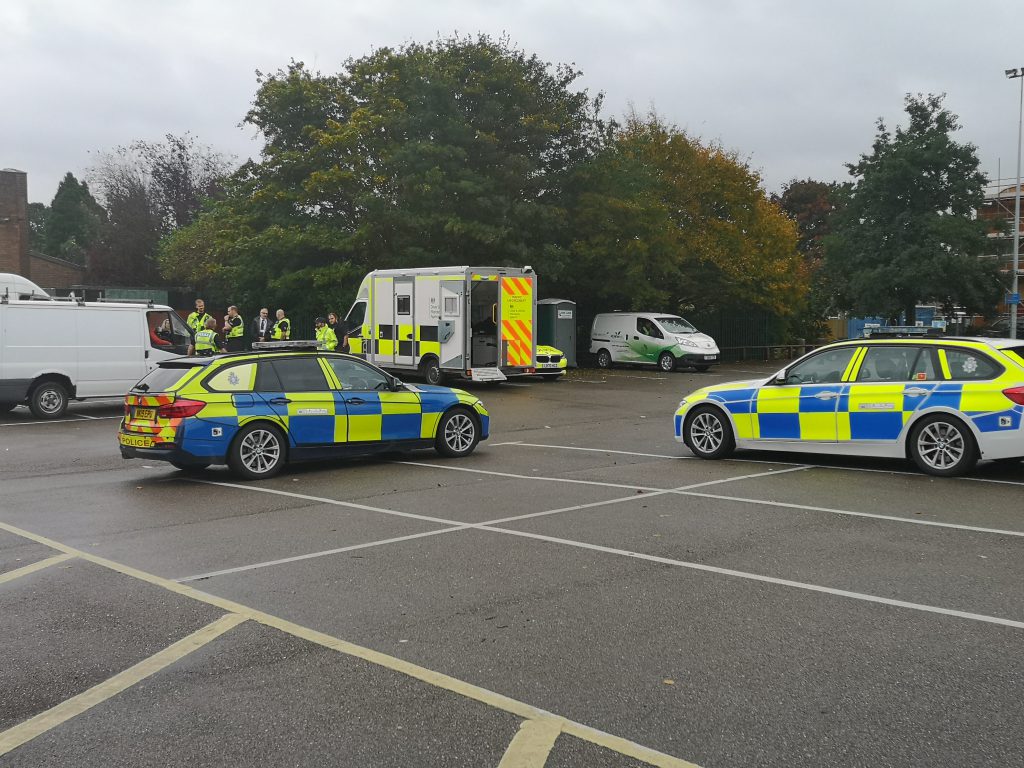 Council officers were joined by Humberside Police, Driver and Vehicle Standards Agency (DVSA) and Her Majesty’s Revenue and Customs (HMRC) for the operation on the East Marsh ward in the town.

Officers targeted unlicensed waste carriers who are suspected of dumping waste illegally in the borough.

Unlicensed waste carriers in the area are known to post messages on social media or call door to door offering to take waste away for a fee.

They take your money but some fly-tip the waste instead of disposing of it correctly. This unlawful activity undermines legitimate waste carriers and results in a significant financial burden on tax payers.

They must prove they have a waste carrier’s licence within 14 days of being stopped or face a £300 fine or further action in court.

Officers also seized a van from a driver who was carrying controlled waste without authorisation.

In addition to the enforcement action taken, the operation provided an opportunity to educate waste carriers operating in good faith on their responsibilities.

“We had some great results from Tuesday’s operation and I’m grateful to all the agencies who took part.

“We take a zero-tolerance approach to fly-tipping in North East Lincolnshire and by working together we can take enforcement action against those who deliberately mess up the borough.

“It costs tens of thousands of pounds every year to clear up after fly-tippers, but it could be avoided if everyone disposed of their waste correctly.”

“As part of our strong partnership with North East Lincolnshire Council, we were delighted to support this day of action, targeting those who showed disregard to laws relating to road safety, waste carrying and disposal.

“Together, we continue to listen our local communities, and act on their feedback to take action against those responsible.

“The illegal use of motor vehicles and the unauthorised carrying and disposal of waste will not be tolerated, and this day of action is one of a number of examples to demonstrate our collective commitment to tackling this problem and holding those responsible to account.

“I would like to thank our local residents and businesses for their continued support, and if anyone has any information about those involved in such activity, please don’t hesitate to contact North East Lincolnshire Council, your local Neighbourhood Policing Team, or by reporting your concerns to CrimeStoppers.”

“DVSA’s priority is protecting everyone from unsafe drivers and vehicles.

“We were glad we could join our partners in this important operation to improve road safety and the local environment for the people of Grimsby.

“Many of the safety issues we identified could have been avoided if drivers had performed a simple walk around check on their vehicle before starting their journey.

“We will continue to take action against those using dangerous vehicles, putting their own and other’s safety at risk. We urge drivers to refer to our guidance to ensure they are operating safely on our roads.”

If you are paying someone to take your waste, you must check they are licensed to take it.

Check the register by calling the Environment Agency on 03708 506 506 or visit https://environment.data.gov.uk/public-register/view/search-waste-carriers-brokers.

Always ask for identification and a receipt. You can be fined £300 if your waste is dumped unlawfully.

The Duty of Care applies to individuals and all commercial entities. This includes private sector businesses such as shops, offices, factories, and tradespersons (e.g. electricians, builders, glaziers and plumbers) and public sector services such as schools, hospitals and prisons, as well as charities and voluntary and community groups. It also includes permitted operations or exempt facilities that produce waste as part of their activities.

North East Lincolnshire Council is part of the SCRAP campaign, part of a nationwide crackdown against fly-tipping.

The campaign reminds people to check their waste is being taken away for disposal by a licensed carrier – either by asking to see a Waste Carriers Licence or by looking up the company on the Environment Agency website.

Results from Operation on Tuesday 19 October: