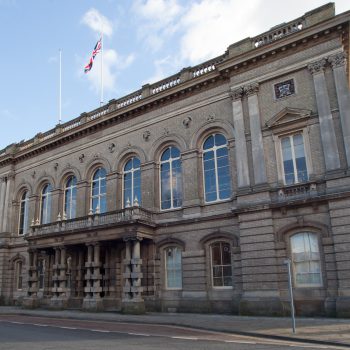 Among the proposals announced at a virtual meeting of the full council were plans to invest in the 53 play parks across the borough, increase direct funding on the green agenda, increase ward funding to allow extra support for local communities and increase the Council Tax hardship fund to provide additional support for households in some of the most vulnerable parts of the area.,

Council Leader Philip Jackson said the budget proposals would protect core services at a time of significant uncertainty due to Covid, but also set out how the Council is investing for the future.

“The pandemic has had an enormous impact on the area and while we’ve had an extensive and welcome range of one-off financial support measures from central Government, which has significantly assisted in managing the pandemic at local level, we must also be aware that that support is not a never-ending money tree,” he explained.

“As such, we need to do all we can with the resources we have to support the whole area and the sectors which help our local residents.”

Elected members approved the budget, including a 1.98%. increase in Council Tax and 3% precept for adult social care. The increase amounts to £1.52 per week for a Band D property. The overall Council Tax bill will also depend on precepts set by the Humberside Police and Crime Commissioner.

A report considered by members said increasingly the authority was taking a more commercial approach and investments were anticipated to make a significant contribution to the Council’s strategic objective of enabling the growth of a strong and sustainable local economy.

It added: “The cleaner and greener agenda remains a key Council priority, alongside continued support to the renewables sector and the area’s overall carbon footprint. The Council is working alongside Government and major private investors to accelerate economic and housing growth across the Borough. Major projects within the Port of Immingham, Stallingborough Enterprise Zone and in the Town Centres are planned and factored into the Council’s revised capital investment programme.”

Cllr Jackson said the authority had consulted widely on the draft budget proposals, including public consultation and through the scrutiny process.

“We’ve considered this feedback, we’ve listened, and we’ve continued to build on the progress made in the last 12 months – that’s a commitment we’ve given to local people and a commitment we’ll continue to deliver on,” he added.

“We’re acutely aware of the impact the pandemic is having on our residents and businesses and we’re determined to ensure the area is in the best place it can be to flourish as we hopefully come out of the challenges it has presented us all.

“We will continue to focus on delivering the efficient and effective frontline services people want, the regeneration and industrial development of our key towns of Grimsby, Cleethorpes and Immingham and restoring pride in the borough through initiatives such as improved bin collections, grass cutting, litter collection and enforcement and grounds maintenance.”