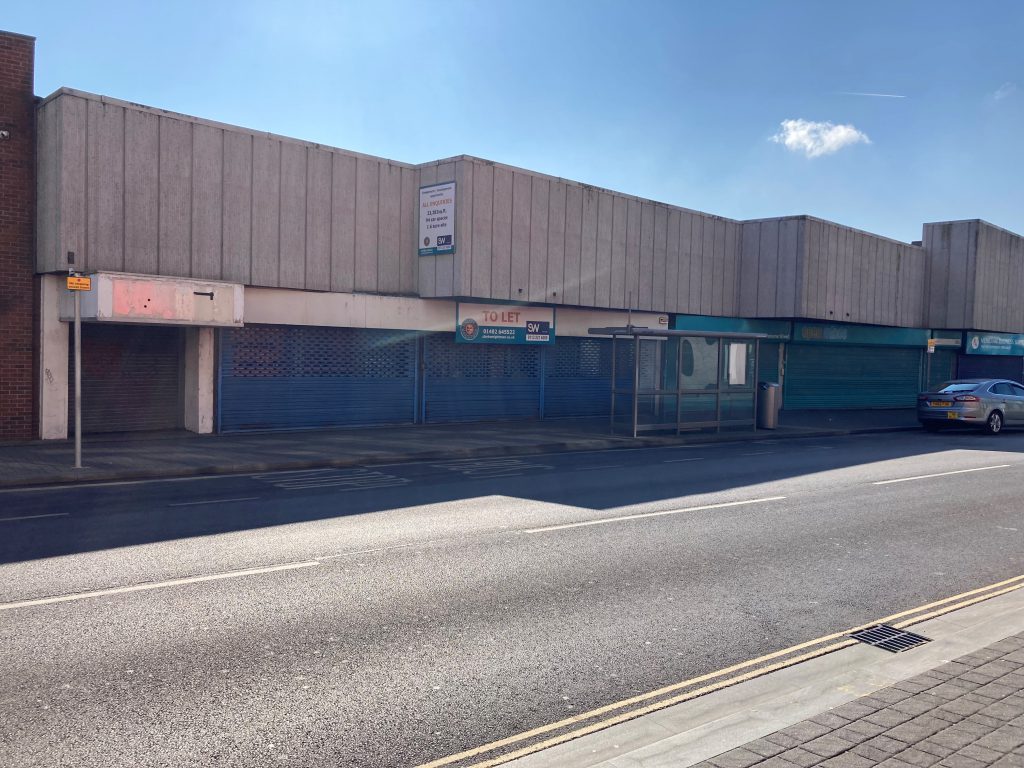 A TOTAL of 1.6-acres of Grimsby town centre development land is being bought by North East Lincolnshire Council as it looks at the future regeneration and reinvention of the high street area.

Contracts have now been exchanged on the area, which comprises of 3-15 Osborne Street and the land behind those buildings on Garden Street, which is currently used as a car park.

Supporting the purchase, the Leader of the Council, Cllr Philip Jackson, was clear of intentions to look at the wider plans for the whole of the town centre. In doing so, he added, the council was determined to grasp hold of opportunities and lead change with central Grimsby a priority. The buildings, he added, had been redundant for some considerable time.

Over the last five years, the reshaping of the town centre has been led by the local authority. Along with partners and stakeholders including the Greater Grimsby Town Board, it has won multi-million-pound funding bids from Central Government.

This money, all ring-fenced for specific projects, has seen the transformation of St James Square and Garth Lane with its new footbridge, river dredging and extensive paving and landscaping. Further to that, work is set to start soon on the redundant St James House with the E-Factor purchasing the building to create a business hub. There is also support for a long-held residents’ view that the town centre needs better facilities for people using public transport.

This is in addition to the Future High Streets Fund, and projects earmarked for Towns Fund money including the full refurb of Riverhead Square, a plan for new housing on the redundant Garth Lane site and the wider multi-use of empty space at Central Library. There is also the new OnSide ‘Horizon’ Youth Zone, which has just won £2.7m of National Lottery Heritage Fund monies. This involves the transformation of the historic redundant buildings along Garth Lane into a state-of-the-art centre for young people.

“In order to effect change, which we all know is needed, we must look at opportunities such as this with a view to shaping and guiding redevelopment. Town Centres across the country have changed almost beyond what any of us would have anticipated and we have a responsibility to ensure the community’s needs are served as we look to refocus the town,” said Cllr Jackson.