Grimsby Pancake Day race returns – and the Mayor is ready to take it on! 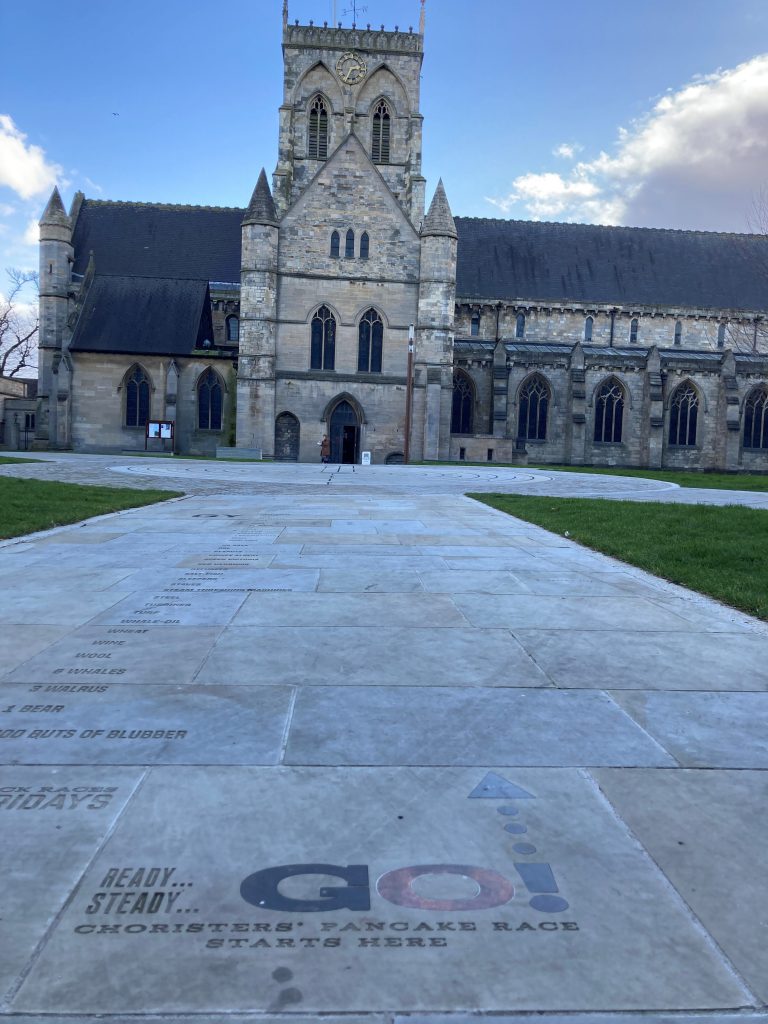 The Mayor of North East Lincolnshire is getting ready to take on Chaplain Mary Vickers as Grimsby’s Pancake Day race returns.

The race, previously an annual event for the town, will return on Tuesday 1 March at the newly renovated St James’ Square in Grimsby.

The event was originally brought together several years ago with Grimsby Minster and St James Hotel, with other local businesses getting involved, and it became a community event.

The Olney tradition dates to around 1445. Legend holds that a woman in Olney was making pancakes when the church bells began ringing to announce the service. Carrying her frying pan and wearing an apron, she raced to arrive at church on time. In subsequent years, others in the community joined in the race.

“Amongst the features etched into the paving were a couple of lines which were, it was explained, the old start and finish lines of a pancake race that used to be held annually. ‘Put me down for that, next time its run’, said I. Now is the time for that promise to be fulfilled.

“I will be wearing the Mayoral robes, so do not expect to win, but if nothing else, I will add a bit of colour! When I became Deputy Mayor, I said my year as Mayor would be about ‘fun’ and here’s another example. Now to learn how to flip a pancake whilst running.”

Chefs at the St James Hotel will be cooking up a storm to provide pancakes for the race. Pancakes will also be available to the public near the hotel entrance from around 10am for the morning.

Paul George, deputy/operations manager at St James Hotel, said: “The St James Hotel is delighted for the return of the pancake race after its success many years ago. When it first began, local businesses got involved and it was a great community event, lasting for five years, and ended when Cannon Hunter retired. We are very happy to be involved in this event and hope it once again becomes a yearly event.”

The race between the Mayor and Chaplain will begin at 10am on Tuesday 1 March from the pancake race start line etched in the ‘Come Follow Me’ paving designed by artist Adrian Riley.