It’s official. Grimsby and Immingham Tips are the best 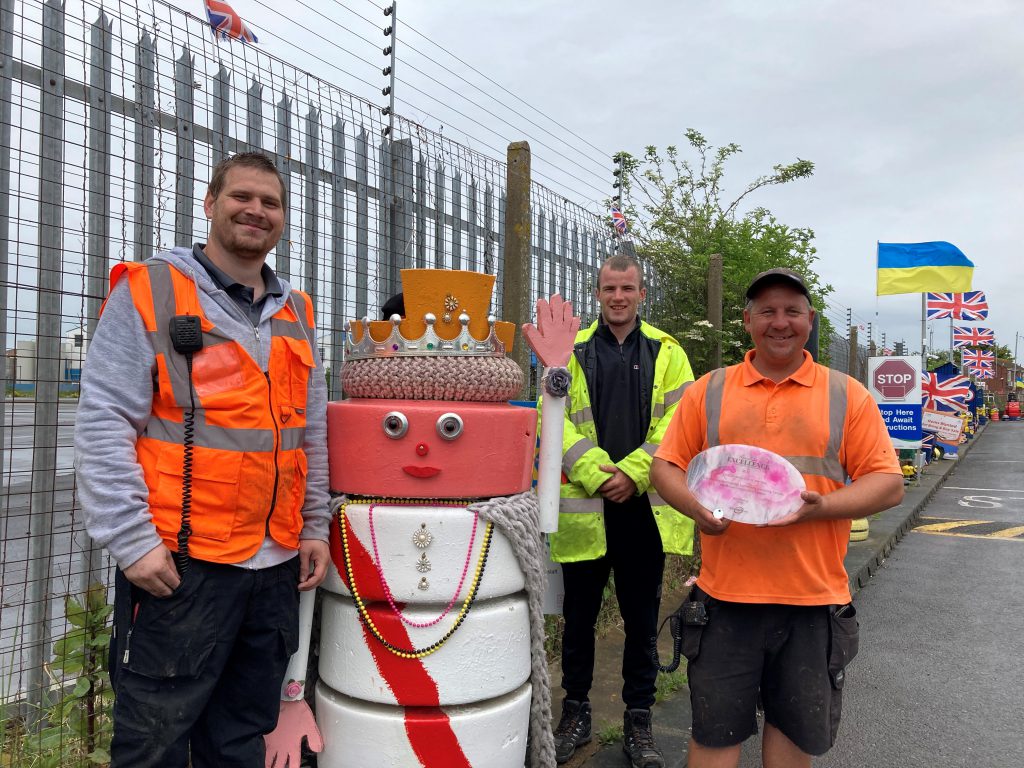 Are Grimsby and Immingham Tips the best in the country? We think so. And now the team at the tips have won a national award to make it official.

Grimsby and Immingham Tips won Best Civic Amenity Site of the Year at the awards for Excellence in Recycling and Waste Management.

Staff at the two tips, also known as Community Recycling Centres or CRCs, were awarded the top prize for the effort they put in to make recycling fun while also raising thousands of pounds for local good causes.

They’ve become well-known for their Christmas and summer holiday junk modelling makeovers and this year they’ve gone all out for the Platinum Jubilee with a cast of Royal-themed characters popping up around the site.

As well as their amazing decorations, they also sell bikes and bric-a-brac at the Grimsby site with all proceeds going to charity.

Last year, they’ve supplied 17 life-saving defibrillators to local groups and donated emergency bleed kits to 30 locations around the borough in support of the Control the Bleed campaign. All this has been achieved with items people are throwing away.

“I am so pleased that the site attendants hard work has been recognised at a national level.  It takes a lot of effort in creating all the different displays as well as running the site.

“Congratulations to the team at Grimsby and Immingham CRCs, winning this award is a fantastic achievement and a fitting reward for the work they put in.

“Anyone who has visited the tips recently will see the lengths they go to to make the site a fun place to recycle things you don’t need. There are also plenty of bargains on offer with their bike and bric-a-brac sales, with all the proceeds going to good causes.

“In March they won the Environmental Achievement category in the Civic Awards and now they’ve won the double by winning the Best Civic Amenity Site of the Year. Well done to all involved.”

About 23,000 vehicles visit the recycling centres each month. The sites take over 1100 tonnes of waste and recycling each month.

The industry accolades were announced at a ceremony in London on Wednesday 18 May.

The event was addressed by Recycling and Resources Minister Jo Churchill and waste sector expert David Palmer-Jones who both praised the activity, innovation and success of the finalists and award winners.

There was acknowledgement too from journalist and broadcaster Lucy Siegle for an “exciting spread of entries”. Ms Siegle also praised the finalists for their hard work during the pandemic.

Dimitra Rappou, recycling director at the Confederation of Paper Industries, spoke on behalf of the judges and explained how the high standard of entries had meant a lot of discussion among two teams of judges before the finalists were selected.

Next Article
The best way to spread Christmas cheer, is recycling loud for all to hear
A band of inventive elves has transformed Grimsby Tip into a magical Winter Wonderland. Now established as a tradition at this time of year, the community recycling centre (CRC) is the place to catch the Christmas spirit. The team at the tip have upcycled everything from old tyres to road cones to give the site...