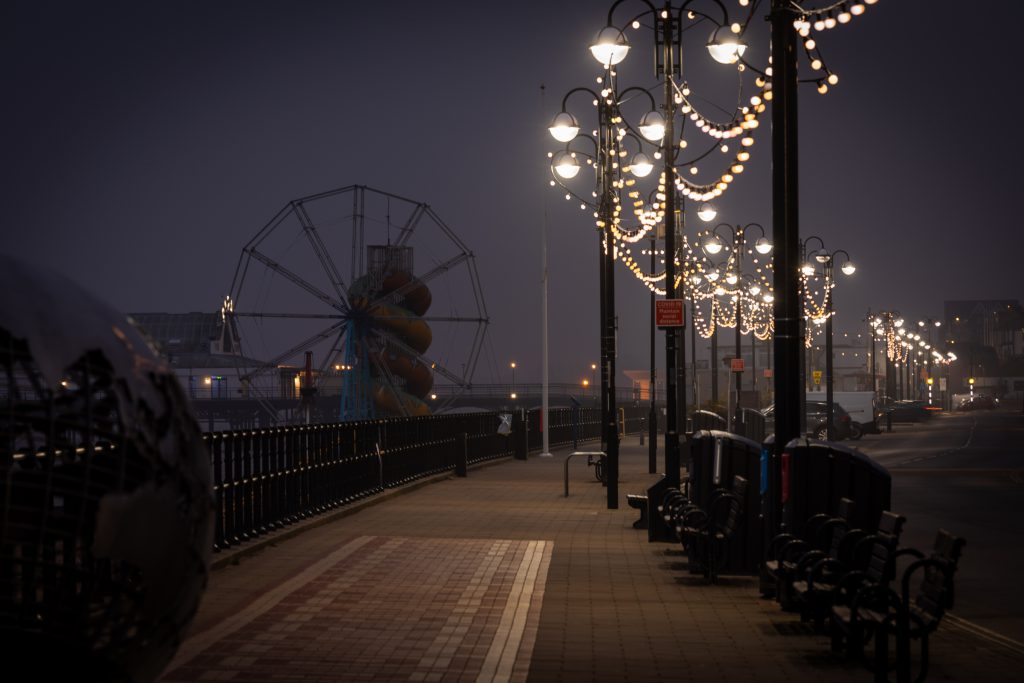 Luminations is a 500-metre animated light installation that will sweep along the North Promenade in Cleethorpes, softly rolling with bursts of exhilarating light. It has been constructed in collaboration with architectural lighting specialists The Lightlab and will be in place from 8 March 2022.

Esther Rolinson is an award-winning British visual artist who combines new media technology and established artistic languages such as drawing and sculpture. Her multimedia artworks explore our sensory experiences that connect us to each other and the landscape.

Created as a site-specific installation, visitors to Cleethorpes North Promenade will be able to experience this stunning, conceptually evocative lightwork as they walk by the sea or sit looking out over the expansive bay leading out onto the Humber estuary and the North Sea.

The artwork is the final piece of public art for the North Prom, paid for through the Coastal Communities Fund (CCF). Other pieces already in place are the exercise furniture, created by Freshwest, and the shutter art, created by several different artists, visible on many premises on the North Prom. The £3.8m CCF, secured by COASTNEL with the support of the Council, also funded a raft of public realm improvements across the resort in the last few years.

“Luminations is about that instant when you are on the big dipper and gravity loses its grip on you, when for a moment you are released from you cares. It is a celebration of those ecstatic feelings of freedom that dwell somewhere inside all of us,” said Esther Rolinson.

Cllr Philip Jackson, leader of the Council, said: “This is a fantastic piece of artwork which has already seen a lot of admiration from local people already during the installation. The North Prom is a unique place, and work we’re doing with the Cleethorpes Masterplan will serve to enhance this area even further in the future.”

The Luminations will be active every day from before sunset until midnight and then from before dawn until sunrise.