More than 50 fines given for fly-tipping crimes 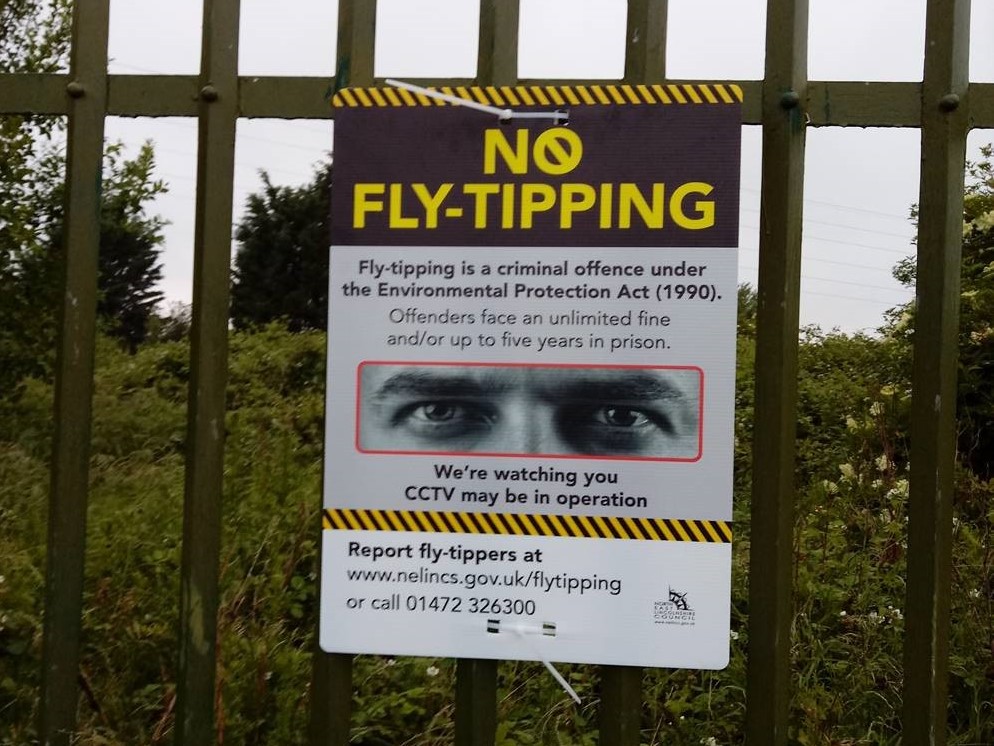 Environmental enforcement officers from North East Lincolnshire Council have issued more than 50 fines so far this year for fly-tipping and other waste related offences.

Officers gave a total of 56 fixed penalty notices (FPNs) and a further seven cases are due to be heard in court. Of the 56, 43 people were fined £400 for fly-tipping and another 11 were fined £100 for littering offences. This includes one case of littering from a vehicle where dashcam footage was submitted by a member of the public.

Most of the fly-tipping offences happened at the area’s ‘bring to’ recycling banks. The recycling banks are for reasonable amounts of paper and card, plastic bottles, and glass bottles and jars. But people are dumping other rubbish at them including garden waste and bags of household rubbish. This makes it hard to reach the bins and prevents other people using them. It’s also harmful to the environment and makes the area look unsightly.

All recycling banks carry signs clearly showing what goes in each bin. Signs also say what to do if the bins are full and warn people they face a fine if they dump rubbish illegally.  If the bins are full, people should return later or use the Community Recycling Centres (CRC or the tip) in Grimsby or Immingham.

As well as the FPNs, officers have given advice to people on how to dispose of their rubbish responsibly and given informal warnings and formal cautions.

Everyone has a legal obligation, or Duty of Care, to make sure household or business waste is disposed of correctly. The best way to stop organised fly-tipping is to make sure that only authorised waste carriers take your waste away.

You could face prosecution and an unlimited fine if your waste ends up fly-tipped by someone else.

If you have any information that can help identify people who are dumping rubbish illegally, contact the council in confidence online or call 01472 326300.

“Fly-tipping is a criminal offence and offenders will be prosecuted. It can be anything from a single bin bag to an entire lorry load of rubbish, but it is usually taxpayers who pick up the bill for cleaning it up.

“Dumping rubbish illegally makes the place look a mess, it’s harmful to the environment and to wildlife.

“Fly-tipping is a national problem. We all have a legal obligation, or duty of care, to make sure our waste is disposed of correctly.

“Most people dispose of their waste responsibly, but a small minority don’t.

“The best way to stop organised fly tipping is to make sure that only authorised waste carriers take your waste away.

“The simplest way to check is to ask for their carrier licence number and visit the Environment Agency’s waste carrier register.”

Check the waste carriers register by visiting the Environment Agency or call on 03708 506 506.

North East Lincolnshire Council has signed up to the SCRAP campaign as part of a nationwide crackdown against fly-tipping.

The campaign reminds people to check their waste is being taken away for disposal by a licensed carrier – either by asking to see a Waste Carriers Licence or by looking up the company on the Environment Agency website.

Planned maintenance to the highway drainage system on Bargate and Deansgate Bridge is planned to take place on Wednesday 28 October to reduce the risk of highway flooding and maintain the drainage infrastructure. Westward Ho junction   High pressure jetting of the drainage system to ensure it is free flowing and clear will take place...