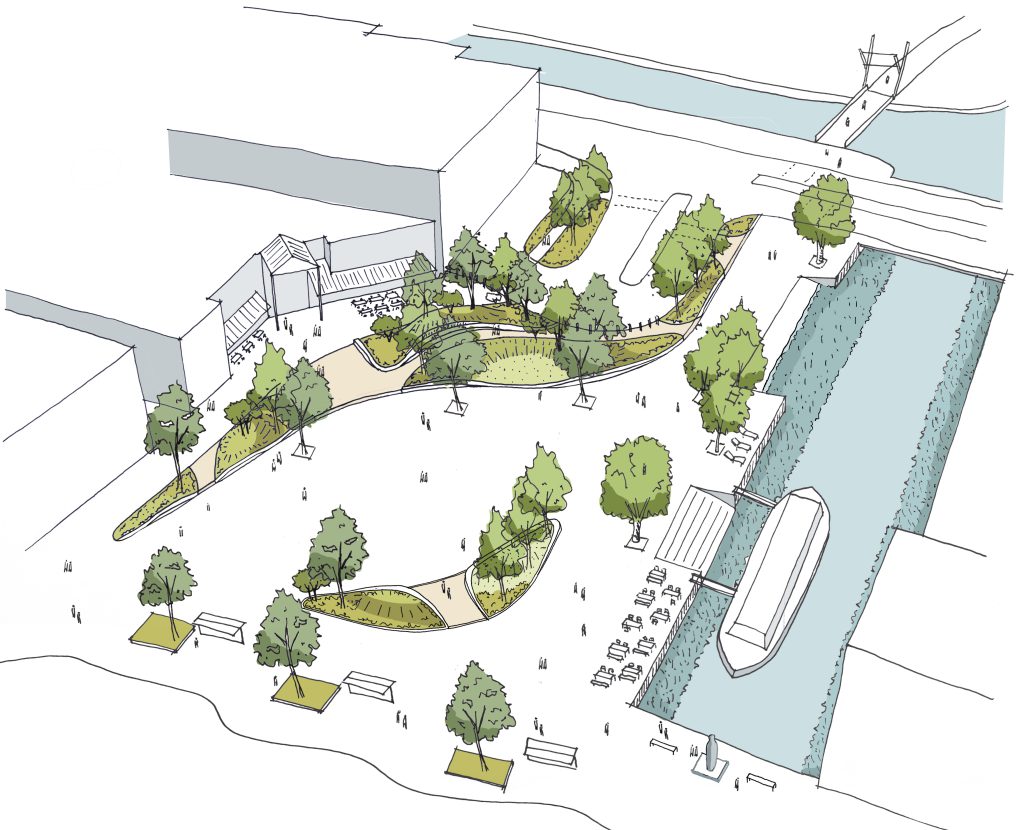 Plans to transform Riverhead Square in central Grimsby were approved by councillors at the Cabinet meeting last night.

The remodelled area is being funded as one of the projects included in the Town Deal, the money for which was secured in 2020 and is ringfenced for specific projects.

The new designs have been drawn up by Arup Landscape Design, and incorporate input from local people, including children and young people, from recent consultations and engagement, in terms of what they want to see in the area.

The new designs will incorporate a lot more green space and planting, as well as providing new seating, lighting, security and a flexible event space with improved infrastructure to support future events and activities. There is also space for outdoor café seating at the entrance to Freshney Place.

Cllr Philip Jackson, leader of the Council said: “We’re really starting to press ahead with schemes on the ground now. This, along with our plans for the other end of Freshney Place that are now in the planning system, and our acquisition of Freshney Place itself, will really make a difference to how the town centre operates.

“It is vital for our whole borough that we look at Grimsby Town Centre with a real determination to attract families and people of all ages, so we can bring vibrancy back and make it a place where people want to visit at all times of the day,” he added.

The approval last night means that some Town Deal money for the scheme will be released and allow it to progress, with work starting on site in early 2023.