Time is running out to vote for your Crew of the Year! 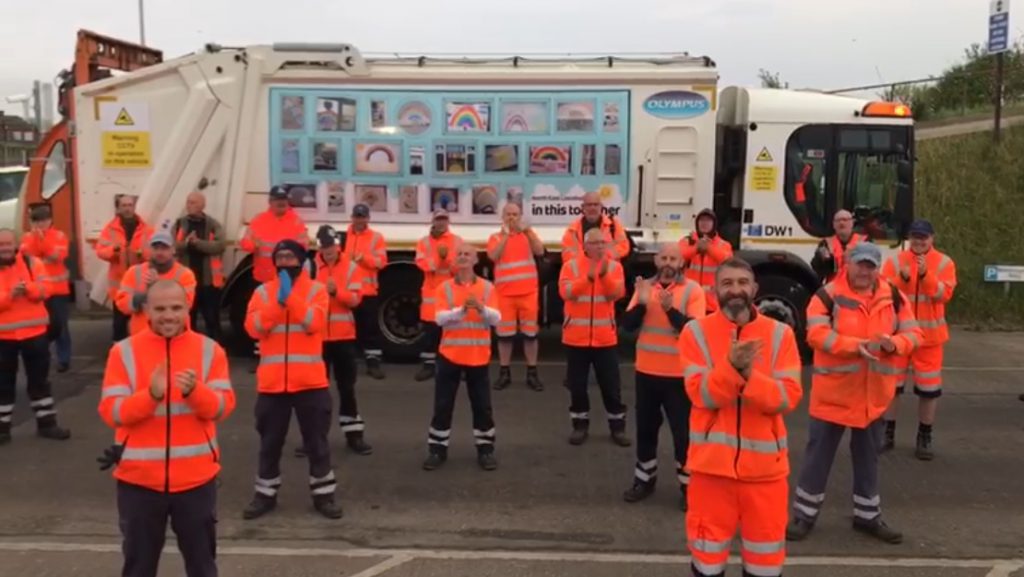 There’s still time to vote in our Crew of the Year competition.

Does your bin crew brighten up your day with a friendly wave? Have they come to the rescue for someone in need? Have they recovered a precious item you may have accidentally thrown away? You can nominate them to get the recognition they deserve.

We want to hear your story about how a bin crew has gone above and beyond, or simply just brightened up your day. Nominate your bin crew today by visiting www.nelincs.gov.uk/CrewoftheYear.

Please note, you can only make one nomination per household.

There will be a 1st, 2nd and 3rd place for the top three nominated crews, as well as a special recognition award for a crew or worker that has gone above and beyond the line of duty (that’s why it’s important to explain why you have voted for them).

You have until 4pm on Friday 30 July to vote.

A bin crew worker will typically walk 10 miles a day in all weathers collecting and hauling about eight tonnes of waste and recycling.

Crews work extremely hard to drag and empty thousands of heavy bins each day, in a tough, smelly and physically demanding job. The work they do is vital to keeping North East Lincolnshire clean and safe.

When the pandemic began and many people had to stay at home, bin crew workers played a vital role and continued to hit the streets carrying out their duties, getting rid of people’s rubbish. They were praised by residents from across the borough as they adapted to new working methods due to Government guidelines and social distancing. Dozens of rainbows drawings from local children were displayed on bin wagons to thank the key workers and to bring some positivity and brightness to the streets during a difficult time.

Councillor Stewart Swinburn, portfolio holder for environment and transport, said: “I am absolutely thrilled to see how many people have already voted in our Crew of the Year competition. It shows just how much our bin workers mean to the people of North East Lincolnshire and gives a snapshot of all the amazing things they do while carrying out their duties.

“We’ve heard many stories, including how a bin worker has brought a smile to a child’s face during the difficult times in lockdown, or how they’ve helped someone who has fallen in the street.

“I’d urge as many people as possible to get involved in the competition and to give our crews the recognition they deserve.”

How you can help our bin crews by following these simple tips: