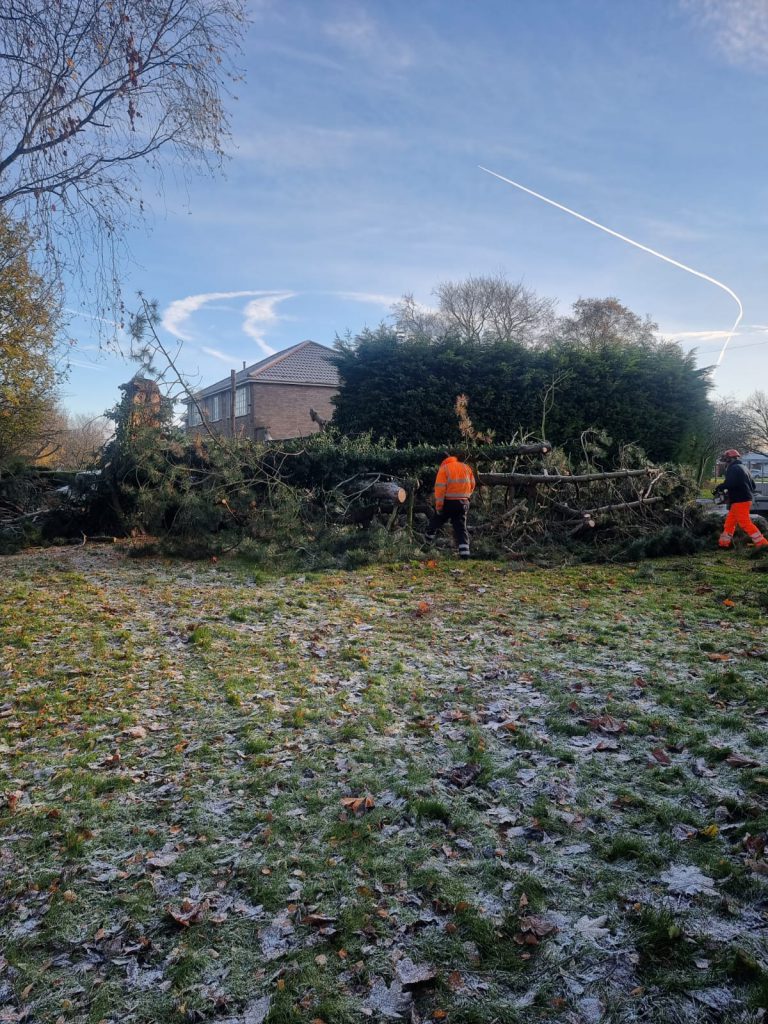 North East Lincolnshire Council’s tree team has been working round the clock to clear the damage left in the wake of Storm Arwen.

Specially trained workers are on-call when a weather warning is issued. They could be called out any time of day or night to deal with a fallen tree and keep roads and open spaces safe.

Teams were on standby from 4pm on Friday until 6am on Sunday to clear fallen trees and wreckage and debris from the roads. They spent Monday clearing up what they didn’t finish at the weekend.

Although North East Lincolnshire was not as badly affected as other parts of the country, the Council received many calls about dangerous and fallen trees since Storm Arwen hit at the weekend.

North East Lincolnshire Council is responsible for more than 100,000 trees by roadsides, in parks, cemeteries and in open spaces.

A planned programme of maintenance work by the council’s grounds maintenance teams keeps trees healthy and safe, with work prioritised depending on the risk the tree presents to public safety.

Winter is a critical time as the weather worsens and storms and high winds can damage even healthy trees.

“Winter is a busy time for our tree team and their work is crucial to keeping people safe, especially when we have strong winds like we did at the weekend.

“They are put on standby when a weather warning is issued and are called out at all hours to help deal with damaged or fallen trees.

“All our trees are routinely checked and we give priority to any that may pose a risk to safety.

“If a tree is causing an obstruction or blocking the highway, it is treated as a priority over a fallen tree which poses no immediate threat or is in a remote location.”

Even well managed trees can fall or lose branches, particularly during spells of bad weather. It is not always possible to replace fallen or felled trees.

Routine and non-emergency work is usually carried out throughout winter to keep disturbance to birds to a minimum.